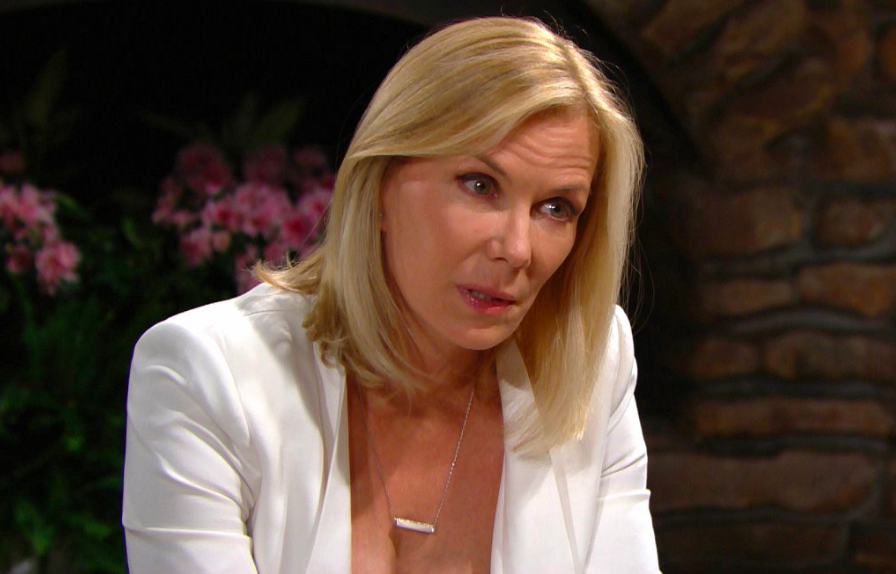 The Bold and the Beautiful spoilers tease that Brooke Forrester (Katherine Kelly Lang) will soon turn to a familiar source to vent about some family troubles.

Of course, as Thomas’ father, Ridge is a bit biased and doesn’t see the extent of Thomas’ obsession over Hope. But Brooke can tell that Thomas’ attachment to Hope and his strong and blatant desire for her daughter is problematic. And as B&B viewers know, Thomas is indeed way too into Hope.

Thomas is open about wanting to make Hope his wife and Douglas Forrester’s (Henry Joseph Samiri) new mother, and it seems that he’ll do just about anything to make that dream a reality. Brooke is deeply worried about the situation, and she thinks that Hope just needs to be left alone right now, to grieve both the end of her marriage to Liam Spencer (Scott Clifton) and her daughter’s death.

Because Brooke feels that Ridge can’t be objective about Thomas, she’ll turn to Bill Spencer (Don Diamont) for some advice about the situation. As B&B viewers know, this is a dangerous road for Brooke, since she and Bill are exes and since Ridge won’t like her confiding in him.

But nevertheless, B&B spoilers say that Brooke will turn to Bill to discuss her deep concerns about Thomas’ behavior. She might think that Bill can offer some special insight, since he went through a similar obsessed phase a while back when he was pursuing Steffy Forrester (Jacqueline MacInnes Wood).

But it appears that Bill won’t have the expected reaction to Brooke’s concerns. Remember, this is the “new” Bill who now all about family unity. He’s recently pledged his support for Steffy and Liam’s decision to live together again and co-parent the girls. And according to B&B spoilers, he’ll advise Brooke that he’s “team Steam.”

Obsession turns deadly this week on #BoldandBeautiful, and someone’s going down. 💥 Don’t miss what happens! pic.twitter.com/mmGhbWkZIF

Bill might even think that Hope and Thomas would be well-suited for each other, and that Hope might derive comfort from being there for Douglas and Thomas on a more full-time basis. At any rate, it doesn’t seem like Brooke is going to like Bill’s opinion on the whole matter.

It will be interesting to see whether Ridge ever finds out that Brooke and Bill spoke about the matter, but even if he does, it seems that he and Bill will be on the same side of the issue. And Brooke will be still spinning her wheels trying to warn everyone about Thomas. Will anyone listen before it’s too late?

We have a very eventful week heading our way, so make sure to stay tuned to CBS The Bold and the Beautiful. Don’t forget to check often with Soap Opera Spy for all your latest spoilers, news, updates, and much more.

The Bold And The Beautiful Spoilers: Liam And Hope Split Looms – Steffy’s…