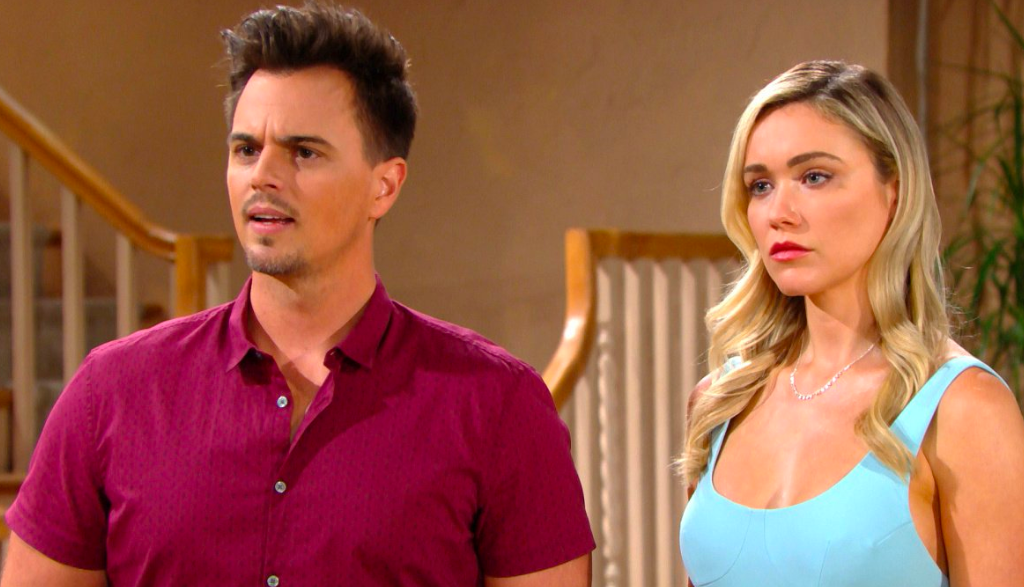 Consider Wyatt Spencer’s (Darin Brooks) recent reaction to Sally Spectra’s (Courtney Hope) perceived duplicity on ‘The Bold and the Beautiful’. Following along, one could easily, and maybe, rightly, project that Flo Fulton Logan (Katrina Bowden) will be treated far worse. But there’s a glitch in that line of daytime thinking.

Purely as speculation, consider that Wyatt, like every other person who learned about Flo’s conspiratorial actions related to Beth Spencer’s (Madeline Valdez and River Davidson) faux stillbirth on Catalina Island, will also be stunned. He’ll need to process the incredibleness of it all. Then, he’ll realize what Flo did.

However, a link to Sally will emerge when Flo surely tells her revived boyfriend how Thomas Forrester (Matthew Atkinson) has been threatening her and the others who are involved. That plot point won’t be overlooked by Wyatt, who will leap to the defense of the woman he loved and loves again now.

Reflectively seeing that Thomas has played mind games with both of his most recent significant others and in knowing that Flo was being tortured by the same guy who put Sally in a bad spot, Wyatt should take a different stance. Instead of becoming angry with Flo about having kept the baby swap secret, he’ll go on the attack.

Bold And The Beautiful Spoilers: Flo Fulton To Be Attacked By Many Sides

By this time in the storyline, Flo will, herself, be under attack from many sides. The Logan family, starting with Hope Logan (Annika Noelle), will feel fully betrayed and used. Liam Spencer (Scott Clifton) will realize that the period of grief he and Hope are enduing is fully unnecessary and that Steffy Forrester (Jacqueline MacInnes Wood) will be forced to give up the girl she believes she legally adopted.

Obsession turns deadly this week on #BoldandBeautiful, and someone’s going down. 💥 Don’t miss what happens! pic.twitter.com/mmGhbWkZIF

Flo will have no excuse for her actions and only apologies, unaccepted, to give. That will make her a sympathetic figure and, other than her mother, Shauna Fulton (Denise Richards), she’ll have nowhere else to turn, but to Wyatt.

All of the emotions stirred, past history, and the currency of the situation will make Wyatt become Flo’s hero. He’ll go hard after Thomas, who, like Reese Buckingham (Wayne Brady), is a villain in this mega-arc.

Flo, she’s made the mistake of her life. But this specific person also holds a spot in Wyatt’s heart and with that, can be forgiven.