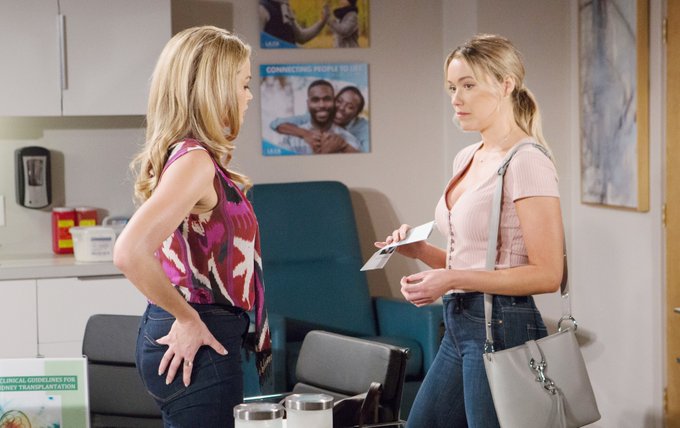 The Bold and the Beautiful spoilers for Wednesday, October 9, tease that Shauna Fulton (Denise Richards) will be stunned. As B&B viewers know, she’s just encouraged her daughter Flo Fulton (Katrina Bowden) to get tested as a potential kidney donor for Katie Logan (Heather Tom). Shauna thinks that Flo stands a chance of redeeming herself in the eyes of the Logan family if she winds up being a donor for Katie.

Bold & The Beautiful Spoilers – Flo Fulton Will Be An Eligible Donor

On Wednesday’s B&B episode, Flo will get some good news – she’ll be eligible to be a donor for Katie, and the medical team will likely want to start getting both Flo and Katie prepped and ready for surgery. That’s great news, since Katie is currently in dire need of a kidney – in fact, if she doesn’t get one shortly, she’ll very likely die. As B&B viewers know, Katie was just told that her kidneys were severely compromised and that she needed a kidney immediately to survive. 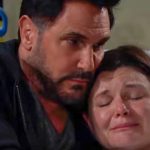 But Flo will have a condition on which she’ll donate her kidney to Katie. She’ll insist that her donation remain anonymous, so that Katie and the Logan family don’t end up knowing that it was she who saved Katie’s life. Of course, this will shock Shauna, as she thinks that the Logans, the Forresters, and the Spencers should know exactly what Flo was willing to do for Katie.

But Flo will be steadfast in her decision to stay anonymous, and she’ll tell the medical team at the hospital that she wants to donate, but under the condition of anonymity. Shauna will probably be irked, but she likely won’t have much say in the matter.

Next, on Wednesday’s new episode of B&B, Katie and Bill Spencer (Don Diamont) will get terrific news. As B&B viewers know, Bill was beside himself when he realized that he was basically helpless and couldn’t do anything to secure a kidney for Katie. And Katie was devastated by the realization that she was probably going to die. But on Wednesday’s episode, Dr. Davis (Tisha Campbell) will have some good news.

Dr. Davis will tell Bill and Katie that a living donor has been found, and that the person wishes to remain anonymous. That will lead to some very happy moments for the couple, as Katie gets prepped for surgery. They may even share the news with their young son, Will Spencer (Finnegan George).

Katie will be grateful to her donor, and she’ll consider the person to be her “secret guardian angel.” Ongoing B&B spoilers indicate that Katie will eventually want to know the identity of her donor, but for now she’ll have other things on her mind – like getting the life-saving surgery underway. Of course, once she finds out that her anonymous donor is Flo, she’ll likely have mixed feelings. On the one hand, she’ll be grateful, but on the other hand she’ll still be harboring resentment toward Flo for her role in Reese Buckingham’s (Wayne Brady) baby swap and adoption scam.