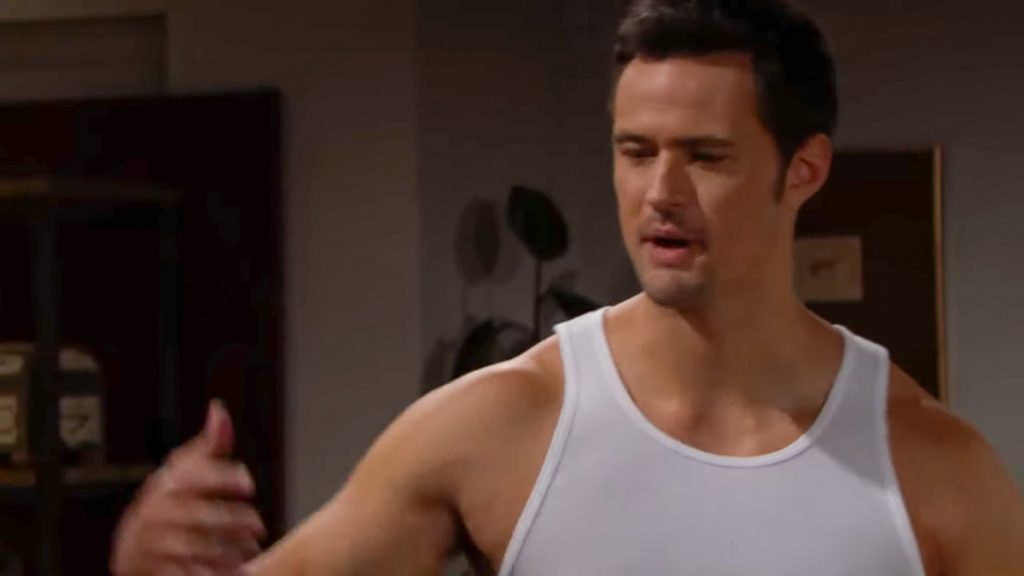 The Bold and the Beautiful spoilers for Tuesday, November 5, tease that Zoe Buckingham (Kiara Barnes) will take a big risk. As B&B viewers know, she’s been staying at Vinny Walker’s (Joe LoCicero) apartment for the past couple weeks after being invited there by Thomas Forrester (Matthew Atkinson). She was subletting a place and was about ready to return to London to be with her mom when Thomas convinced her to stay.

According to Thomas, he has been designing clothes with Zoe in mind. B&B viewers will remember that Zoe used to be one of the top models at Forrester Creations before she got fired for her role in keeping the secret about Beth Spencer’s (River Davidson and Madeline Valdez) existence. But now Thomas seems to want her around, since he likes designing with her as his muse.

Well, on Tuesday’s episode of B&B, Thomas and Zoe will reconnect again, and they’ll apparently be getting along pretty well – so well that Zoe will wind up planting a big kiss on Thomas! Exactly how the kiss comes about, and whether Thomas will reciprocate the kiss remains to be seen, but it’s likely that he will since he previously commented on how attractive Zoe is.

We’ll see what happens from here, but it’s likely that Zoe and Thomas will also talk about their future plans. Thomas is itching to get back into Forrester Creations and start designing again, and he’ll probably want his muse with him. And there’s nothing Zoe wants more than to reclaim her position as a model at Forrester. We’ll see what kind of plans they cook up to get back into the fashion house.

The Bold and the Beautiful: Thorsten Kaye Hints Major Trouble Ahead For “Bridge”

Meanwhile, on Tuesday’s new episode of B&B, Liam Spencer (Scott Clifton) will have a big decision on his hands. As B&B viewers know, he was recently talking with Steffy Forrester (Jacqueline MacInnes Wood) and revealed that his dad Bill Spencer (Don Diamont) had been suggesting here and there that he come back to work at Spencer Publications.

As B&B viewers will remember, Liam used to work for Spencer Publications but left shortly after Bill and Steffy had a one-night stand. The relationship between Bill and Liam has been strained ever since, but lately it’s gotten better. For the past few months, Bill and Liam have been a bit closer and Liam even allowed Bill to come spend time with Beth after she was returned to him and Hope Logan (Annika Noelle).

Well, on Tuesday’s B&B episode, Bill will approach Liam about coming back to work for Spencer Publications, and it seems that he’ll make a pretty good pitch. That will give Liam a lot to think about, and it looks like he’ll seriously consider returning to the family business and joining Wyatt Spencer (Darin Brooks) there. But he’ll probably want to talk it over with Hope first, so he might not say yes right away.

Ongoing B&B spoilers indicate that Liam won’t formally return to Spencer until later this month, but that he will ultimately agree to his dad’s proposal. That means that we’ll soon see Liam back in action and working alongside his father and his brother.