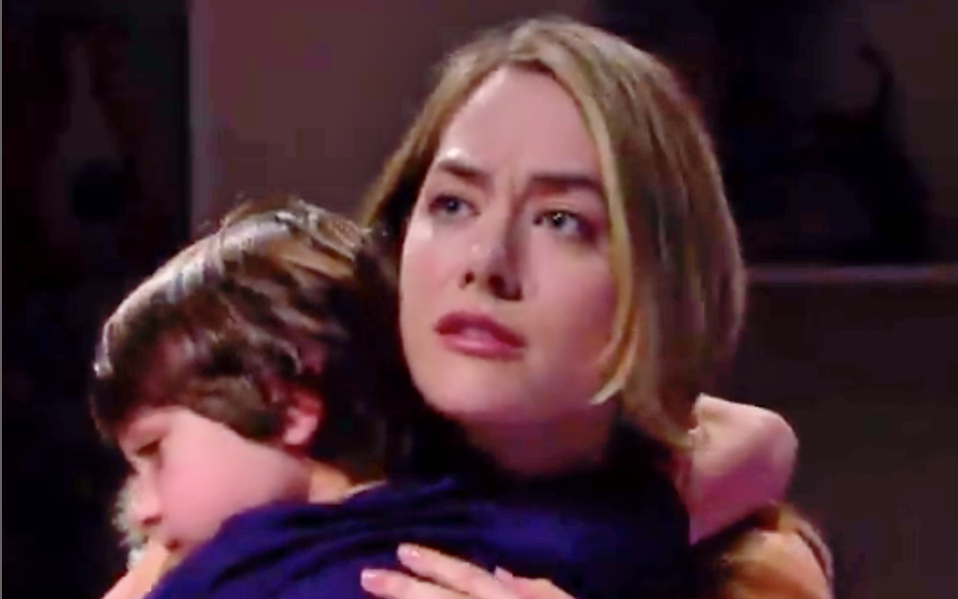 For months it was Thomas Forrester (Matthew Atkinson) who was taking extreme measures in ensuring that Hope Logan (Annika Noelle) would remain his Mrs. Forrester. Simply put, he was completely obsessed with her. Well now, The Bold and the Beautiful spoilers tease that it’s Hope’s turn to turn the tables on Thomas, and yes she’s about to act just as creepy – and if not creepier – than he did just a few short months ago. Here’s what you need to know.

The Bold and the Beautiful Spoilers: Where Is Douglas Going To Live?

According to Soaps in Depth, Hope plans on devising a plan to Trick Thomas into signing over custody of little Douglas Forrester (Henry Samiri). Because Hope truly believes that the little boy – who she once had a very strong bond with – belongs with her and Liam Spencer (Scott Clifton), and not his own biological father.

Annika Noelle, who plays Hope on the small screen, tells the publication, “If there is one thing that Hope learned with the whole baby Beth ordeal and being manipulated by Thomas is that she’s no longer willing to be anyone’s pawn. She realizes that it’s time to step up, not only for herself but also for Douglas. It’s difficult because there was so much manipulation, things that the audience has seen that Hope has not. Hope does not know the lengths that Thomas went to – he drugged Liam, he wrote Caroline’s letter and he drew a phony picture from his son.”

With that said, what Hope does see is little Douglas complaining that his stomach is hurting each and every time Thomas yells at him. However, what Hope doesn’t realize is that there are other members of the Forrester family who could easily take care of Douglas, without Hope’s intervention. But Hope doesn’t see it this same way.

For Hope, all that matters is that she gets what she wants – which is something the Logan family members are accustomed to. Will Thomas see through Hope or will she manage to coerce him into signing over the custody papers? Needless to say, fans will have to tune in to The Bold and the Beautiful to find out what will happen next!