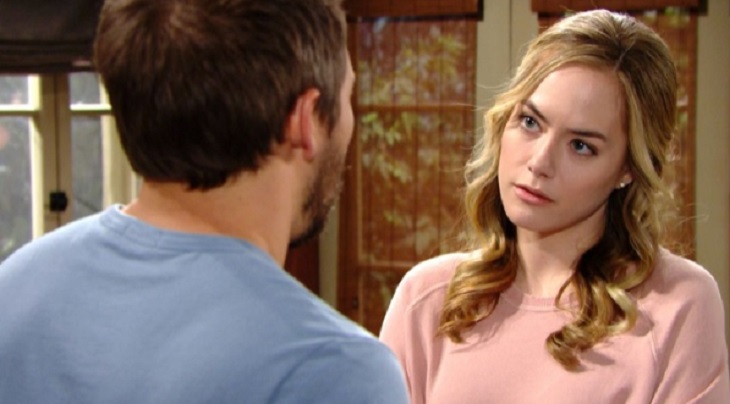 B&B spoilers indicate that Hope got what she wanted — to be the legal mother of Douglas. However, she didn’t stop to consider that when and if she gets sole custody, Hope would have to co-parent with Thomas. That could have its own set of complications and unexpected issues.

Liam has expressed his concern over this arrangement before. He was absolutely correct when he predicted that Hope would never get rid of Thomas once they were co-parents. Annika Noelle told Soap Opera Digest that Thomas’ return would definitely affect Hope’s relationship with Liam. However, the actress couldn’t give specific details about the soap couple.

The Bold and the Beautiful spoilers suggest that playing dead was all to teach Hope a lesson. This seemed to be confirmed on Friday’s episode of the CBS soap opera. He said that it was to show Hope that even good people keep secrets.

However, she may have learned a very different lesson than what Thomas intended to teach.

The Bold and the Beautiful Spoilers: Power Play

Noelle also told the magazine that fans should expect an interesting power play between Thomas and Hope. On one hand, there was Thomas playing dead in order to teach Hope a lesson. On the other, Hope was consumed with guilt over the thought of taking someone else’s life. Now the two merge, so where does that leave them moving forward?

“We are going to see a very interesting power play between them in regard to this new development. The one thing that Hope could really use now is Liam’s support in all of this. Let’s just hope she gets it.”

What do you think is going to happen with Thomas and Hope in future episodes? Will Liam offer support or could he end up walking away after hearing the whole truth?

General Hospital Spoilers: Alexis Determined To Solve Case Against Kendra – While Still In The Hospital