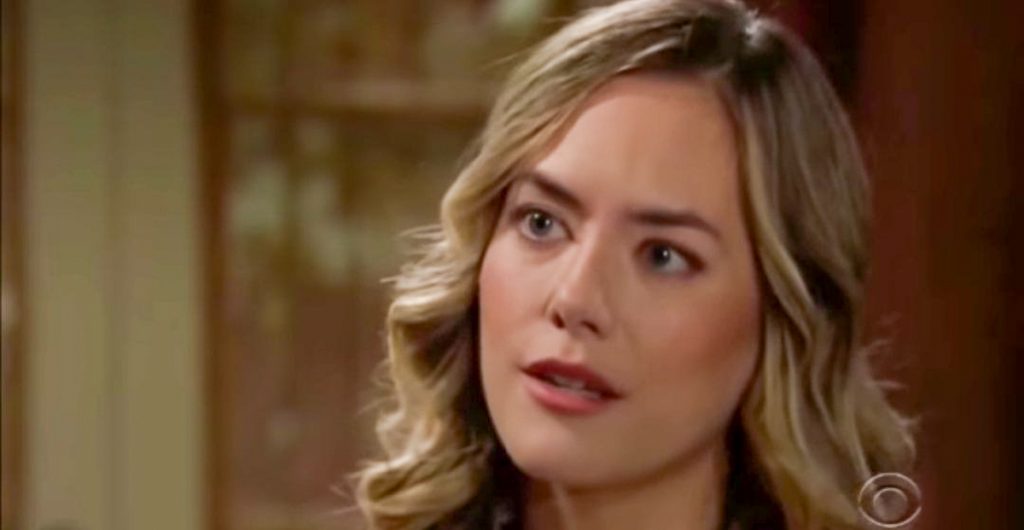 The Bold and the Beautiful spoilers for Thursday, October 31, tease that Steffy Forrester (Jacqueline MacInnes Wood) will have a fantastic Halloween. As B&B viewers know, she’s been missing Beth Spencer (River Davidson and Madeline Valdez) like crazy ever since Hope Logan (Annika Noelle) and Liam Spencer (Scott Clifton) took her away several weeks ago. It’s been tough for Steffy, but she’s coped with the loss as best she can and has moved on with life.

Well, according to B&B spoilers, Steffy will be thrilled when Liam brings Beth over to her home to spend Halloween night with Kelly Spencer (Zoe Pennington). Of course, even though Steffy has lost Beth as her daughter, she still wants Kelly and Beth to bond as sisters and spend holidays together. They’ll do exactly that on Halloween night, and in fact Liam, Steffy, Beth, and Kelly will spend the holiday to themselves.

Hope will be absent from the little get-together, as she’ll be attending the Halloween party at the Forrester estate with Douglas Forrester (Henry Joseph Samiri). That will make for some nice “Steam” moments, and B&B viewers should be treated to some cute scenes of the girls bonding and playing together. Steffy and Liam will bond, too, as they enjoy their time together watching the girls and being grateful for what they’ve got.

Of course, that means that Hope will be missing her daughter’s first Halloween, but Hope’s loss will be Steffy’s gain. Speaking of Hope, she’ll have a plan in mind. She probably won’t want to miss Beth’s first Halloween, but she’ll have another child on her mind – Douglas. Hope has come to think of herself as Douglas’ mother, and right now she believes that Douglas needs her.

Hope will attend the costume party at the Forrester estate along with Douglas and Thomas Forrester (Matthew Atkinson). Hope’s got a sneaky plan to cozy up to Thomas and to lead him to believe that the two of them might someday have a future together with Douglas. Of course, B&B viewers know that Hope has no intention of ever being with Thomas, but that’s what she’ll want him to believe.

Of course, for Hope the ultimate goal would be to get shared custody, then later turn on Thomas and petition the court for sole and full custody. It’s a devious plan, and is one that involves getting close to Thomas now. So, that’s what she’ll be hoping to accomplish at the Halloween party. B&B spoilers say that she’ll attend the party with the express goal of eventually getting full custody of Douglas.

At any rate, we should see Hope pull some sneaky moves at the party, which will also be attended by Eric Forrester (John McCook), Quinn Forrester (Rena Sofer), Shauna Fulton (Denise Richards), and Ridge Forrester (Thorsten Kaye). Look for some great Halloween scenes and some fun costumes on Thursday’s episode!

General Hospital Rumor: Julian Playing Mind Games With Brad And Lucas – Did He Send The Flowers?

Days of Our Lives Spoilers: Heart Donor’s Gratitude Toward Gabi’s Gift Could Save Lani’s Future and Julie’s Life