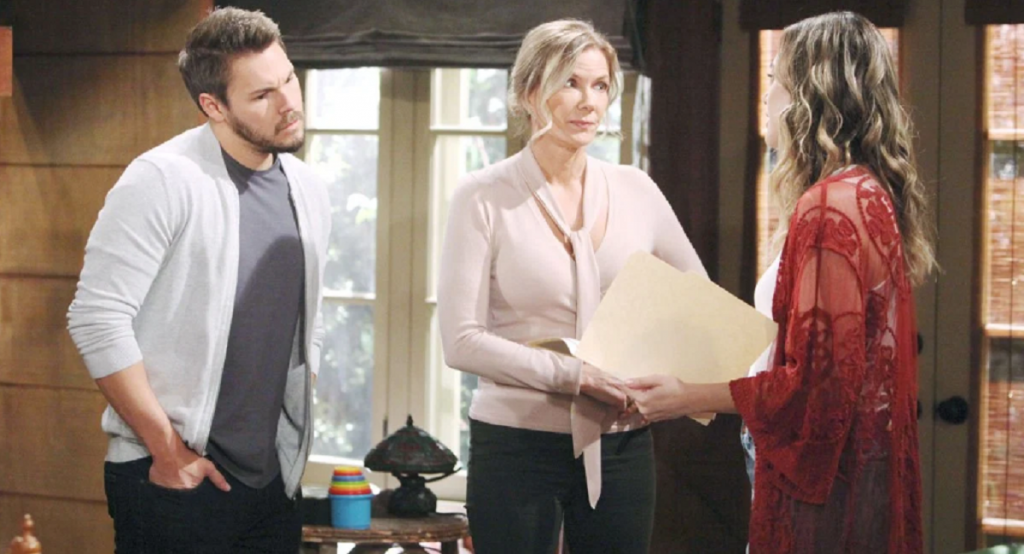 The Bold and the Beautiful spoilers reveal that Hope Logan (Annika Noelle) has more tricks up her sleeve. However, Liam Spencer (Scott Clifton) isn’t a big fan of her latest plan to get custody of Douglas Forrester (Henry Joseph Samiri). Will she get caught in a trap trying to outwit a master manipulator?

Last week, Thomas Forrester (Matthew Atkinson) told Ridge that the Logan women were trying to take Douglas away from him. This prompted a visit from Ridge, who let it be known that nobody was going to separate the father and son. He made it pretty clear that there would be consequences if they continued trying to steal Thomas’ son.

Well, it seems that one person isn’t listening to Ridge’s warning. That individual is Hope Logan, who is pushing the custody issue even further.

Bold And The Beautiful Spoilers – Hope Logan’s Drive And Determination

The Bold and the Beautiful spoilers tease that Hope is determined to get custody of Thomas. It is teased to expect Hope to hit a new low when she uses Thomas’ love for her in order to get his signature on the custody papers.

It doesn’t matter what she has to do, even if it puts her in harm’s way. In fact, it is indicated that Hope’s new plan could make her a target and her life is put in danger.

This is exactly what Brooke Logan Forrester (Katherine Kelly Lang) and Liam Spencer are concerned about. However, Hope is driven by her love for the little boy, even if he isn’t biologically related to her.

Bold And The Beautiful Spoilers – Will Thomas Forrester Win The War?

B&B spoilers don’t confirm which party will end up getting custody of Douglas. However, it is beginning to look like Thomas might win the war. He has Ridge on his side, and will probably have Steffy Forrester (Jacqueline MacInnes Wood) in his corner as well.

However, is Hope willing to pay the price for going too far with her new plan? She could end up with the opposite result of what she is trying to accomplish. Hope could lose Douglas forever after this, and she might even lose her life.