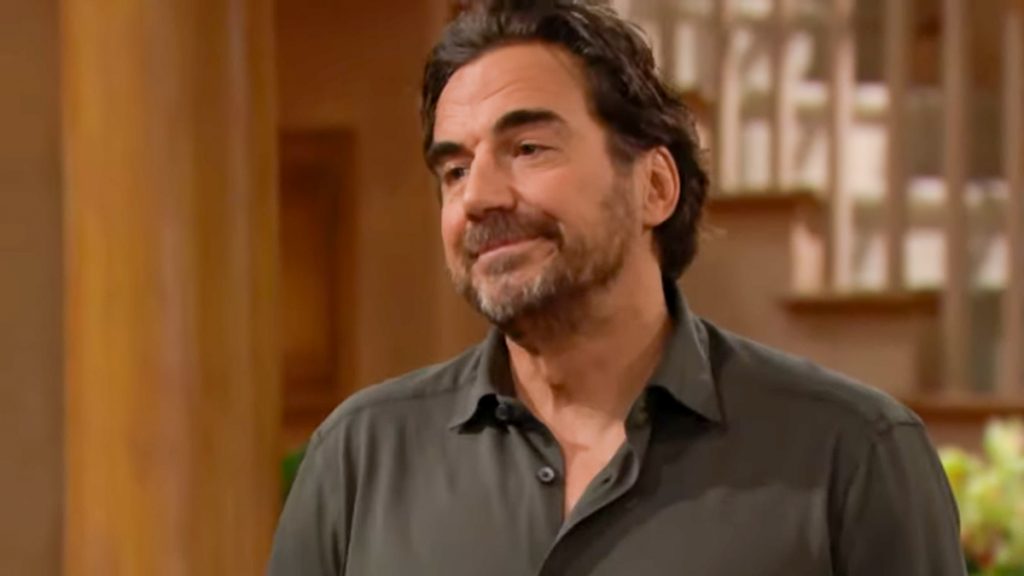 The Bold and the Beautiful spoilers for Thursday, January 2, tease that Ridge Forrester (Thorsten Kaye) will have a renewed sense of hope for his marriage. As B&B viewers know, he and Brooke Forrester (Katherine Kelly Lang) have been having a tough time lately. They made the decision to end their marriage and they signed divorce papers, although Ridge hasn’t filed the papers yet.

And even though Ridge has been getting close with Shauna Fulton (Denise Richards) as of late, he’s still hoping that he and Brooke can find it within themselves to work things out. It’s tough, though, because they just can’t come to a meeting of the minds where Ridge’s son Thomas Forrester (Matthew Atkinson) is concerned.

As B&B viewers know, Brooke thinks that Thomas has psychopathic tendencies and that he needs professional help to work through his problems. She’s deeply concerned that Thomas is still obsessed with her daughter Hope Logan (Annika Noelle), and she just can’t find it in her heart to forgive Thomas the way that Ridge wants her to.

Well, on Thursday’s episode of B&B, Ridge will think that maybe there’s still a chance that his marriage to Brooke can be saved. He’ll find himself convinced that Thomas has moved on romantically with Zoe Buckingham (Kiara Barnes). Perhaps he’ll spend time with Zoe and Thomas together at the Forrester Christmas dinner. Whatever the case, he’ll think that because Thomas is with Zoe, he’s no longer obsessed with Hope.

Of course, B&B viewers know that Ridge would be dead wrong about that. Thomas is definitely still obsessed with Hope, to the point where he imagined that Zoe was Hope when they woke up together after making love. Thomas’ whole relationship with Zoe is nothing more than a ruse to get everyone to think that he’s moved on and is no longer after Hope…all so that Hope will agree to work with him at Forrester Creations.

At any rate, Ridge will think that because Thomas is with Zoe now, then he and Brooke stand a good chance of working things out. In Ridge’s mind, the only way to save their marriage is if Brooke accepts that Thomas has moved on and is no longer a threat to Hope. We’ll see if he approaches Brooke with his newfound hope and how Brooke reacts.

Meanwhile, on Thursday’s new episode of B&B, Hope will be unnerved. As B&B viewers know, Thomas made sure that Hope would attend the Forrester Christmas celebration, at least for a little while. Hope agreed to do so for Douglas Forrester’s (Henry Joseph Samiri) sake, since she thinks it’s important for Douglas and Beth Spencer (River Davidson and Madeline Valdez) to spend time together on the holiday.

It looks like Thomas will gave something special for Hope, as B&B spoilers say that Thomas will give Hope a surprise that will make her feel unsettled. We’ll see exactly what that surprise ends up being, but whatever it is will seems at least somewhat inappropriate. Perhaps it will be a Christmas present of some sort.

Whatever the case, the surprise may make Hope wonder about Thomas’ intentions, although Hope will also know that Thomas is with Zoe and that they spent the night together. It looks like there will be some awkward moments here, and Thomas will probably have a smooth explanation for whatever the surprise ends up being.

Days Of Our Lives Spoilers Thursday, January 2: Steve’s Friends And Family Are Stunned – Kristen Wants Brady Back And Attacks Nicole – Gabi Is Stunned