The Bold And The Beautiful Spoilers: Thomas Pressures Shauna To Go After His Father 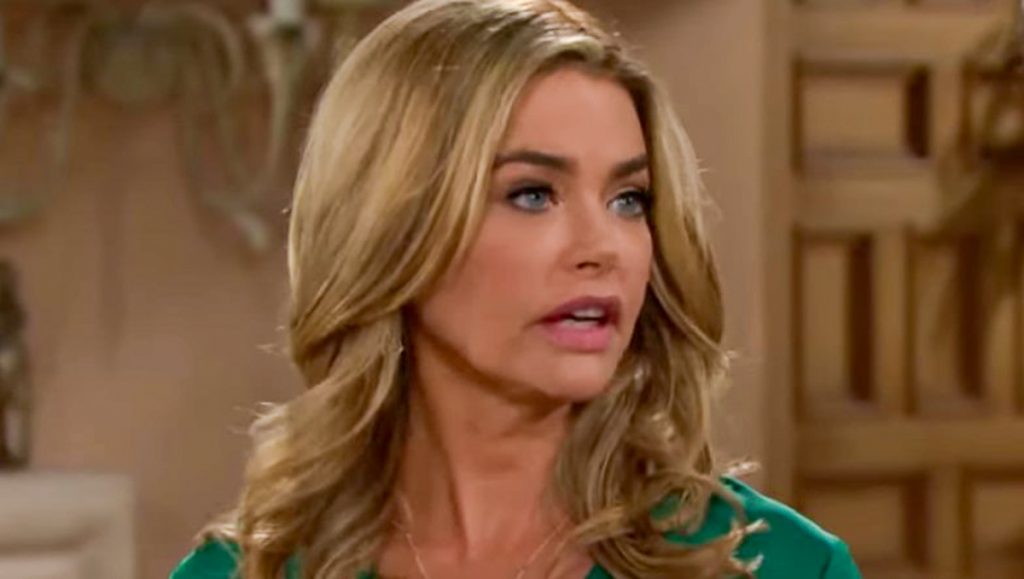 Thomas Forrester Recently Had A Conversation About His Father And Brooke Logan With His Sister, Steffy Forrester

Thomas recently had a conversation with his sister, Steffy Forrester (Jacqueline Macinnes Wood) about the evident end of their father, Ridge Forrester’s marriage to Brooke Logan (Katherine Kelly Lang) and told Steffy he couldn’t be happier that their father finally saw Brooke for what she “is”. The marriage, as viewers of the Bold and The Beautiful will recall from recent episodes, is in trouble because Brooke will not trust or forgive Thomas for anything he has ever done, and Ridge requires that she will try to understand and forgive Thomas for what she considers stalking and gross manipulations of her daughter, Hope Logan (Annika Noelle). Recent examples include Thomas letting Hope think she had killed him when he fell into a vat of what was thought to be corrosive acid at the family company’s manufacturing facility, when it was really cleaning fluid which stung a little but didn’t seriously hurt him.

He stayed out of sight long enough for her to really be afraid and then reappeared and told her what really happened; when his dad asked him to explain, he said he wanted to teach Hope a lesson that sometimes good people do bad things and keep secrets!

Hope confided in her mother, and Brooke always brings up Thomas’ past, however, he did keep the survival of Hope’s daughter, Beth Spencer (Madeline Valdez), assisting in the adoption of the baby girl by Steffy, who named her Phoebe. Hope was told Beth was dead, but it was later proven Phoebe was really Beth, by Thomas’ own son, Douglas Spencer (Henry Joseph Samiri). For these incidents Brooke can never forgive Thomas, and Ridge holds it against her. Thomas has been against Brooke the whole time she has been married to her father, and wants them to split permanently!

During the time that Ridge has moved out of the home he shared with Brooke and into a separate house owned by his father Eric Forrester (John McCook) he has gotten friendly with a younger woman named Shauna Fulton (Denise Richards). Shauna and Ridge have kissed a few times, but Ridge is on the fence about going through with the divorce from Brooke. Shauna appears to be a bit of a gold-digger, and has been encouraged by Quinn Fuller (Rena Sofer) to go after Ridge as well.

She was best friends with Quinn before Quinn fled Las Vegas. Her daughter Flo (Katrina Bowden) was in the loop about the baby switch that Reese Buckingham (Wayne Brady) performed between Hope’s live baby, Beth, and a stillborn one, and Flo pretended to be the mother of the baby so that Reese could sell the baby to Steffy to adopt to pay off his gambling debts. Shauna found herself involved in the mess and having to keep the secret that Phoebe was really Beth for Flo, Thomas, Zoe Buckingham (Kiara Barnes) and Xander Avant, (Adain Bradley) Zoe’s boyfriend. So Shauna and Thomas are well acquainted!

Thomas will pressure Shauna to keep going after his father, seducing him if necessary, to ensure that Brooke is out of his life and that she never returns! Shauna will tell Ridge that she is in love with him and proceed to give him a kiss, hoping that if he feels loved by her he will go through with his divorce from Brooke. Whether he will give in, or still hang on to hope for his marriage remains to be seen!

Days of Our Lives Spoilers: JJ Comes Clean to His Parents About His Anger With Kristen – Jennifer Left Shocked