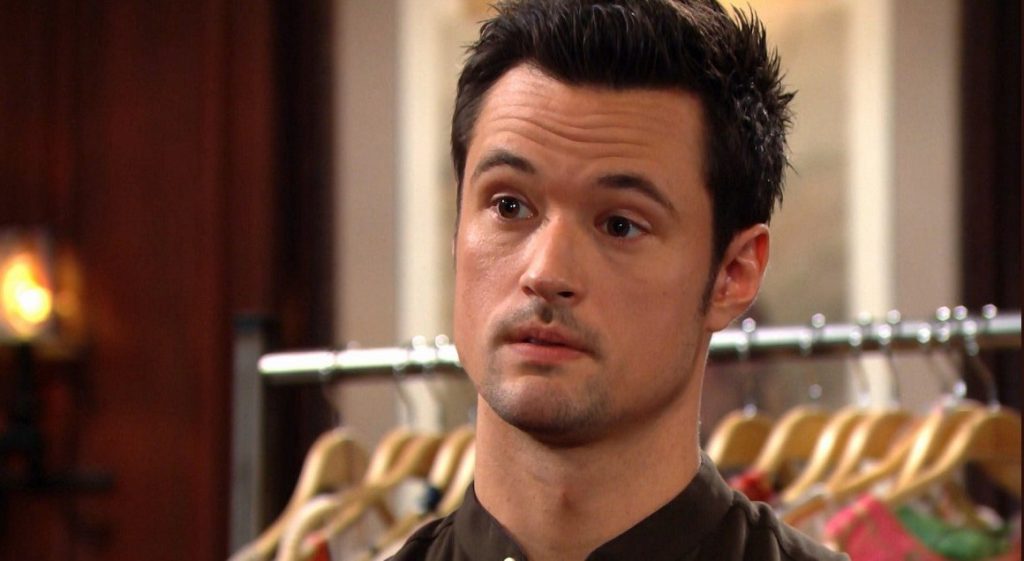 The Bold and the Beautiful spoilers reveal Thomas Forrester (Matthew Atkinson) offers Zoe Buckingham (Kiara Barnes) a place to stay. However, what is his reasoning? Is he just helping someone out or does he expect something in return? In an interview, the actor discussed the storyline and teased what to expect next.

B&B spoilers reveal Zoe’s life has continued to spiral downward since the “PhoeBeth” reveal. She recently ran into Thomas and the two caught up on their lives. Mostly, Thomas vented about Brooke Logan Forrester (Katherine Kelly Lang). Zoe patiently listened to his side of the story. However, when Hope Logan (Annika Noelle) was brought up, she did ask a good question. He had to actually stop and consider what was driving his anger at Hope. So, it seems she might be someone who can gently give Thomas a reality check without setting him off.

In the latest issue of Soap Opera Digest, Matthew Atkinson explained that Zoe was one of a handful that knew about the secret. Not only that, but she seemed understood Thomas’ logic. While others threw him under the bus, Zoe was the one person that remained loyal. This is one reason why he feels comfortable talking about everything he is going through. 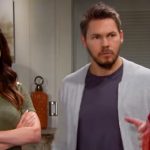 Once he finds out that she is in a dire situation, Thomas suggests that Zoe stay with him. The reason he makes the offer is due to Zoe’s loyalty. It is something he appreciates, especially considering the state of his relationships with family, friends and everyone else.

The Bold and the Beautiful spoilers tease that while Thomas appreciates Zoe’s loyalty, he does have an agenda. His passion is designing, but he needs a face to put with the model. That person used to be Hope. But now he needs someone new and Zoe can provide him with that.

Fans are wondering if Thomas and Zoe will end up becoming an item. While they do seem to understand each other, Thomas isn’t thinking about a relationship right now. However, he does need companionship and someone to talk to. While Thomas is too focused on revenge to think about dating, that doesn’t mean that the two won’t get closer.

The Bold and the Beautiful Spoilers: Quinn Horrified By Shauna’s Decision To Go After Ridge – Causes Major Rift In Friendship #bb #boldandbeautiful https://t.co/EsApgBEUX4

B&B spoilers indicate that things will continue to get even more tense between Thomas and the Logan women. He finds out that Brooke and Hope are planning to take Douglas Forrester (Henry Joseph Samiri) away from him. He views this as a vicious act on Brooke’s part and it just intensifies his anger.

“Thomas views Brooke as the woman who came in and broke up his family as a child, and now, she’s doing it all over again with his son. As Thomas sees it, not only did she destroy his childhood, but history is repeating itself.”

Atkinson teased that Thomas will take extreme measures in order to accomplish his goals. Right now, his target is his stepmother. The more Brooke pushes, the more furious Thomas becomes. There is no telling what he will do to eliminate the threat. Will he rope Zoe into his plan to take down the enemy? Or can she reel him in before things go too far?

Days of Our Lives Spoilers: Baby David’s Life At Risk – Accidental Poisoning By Own Mom Jordan?