The Bold and the Beautiful Spoilers: Shauna Goes The Distance – Ridge Finds Comfort Now That Brooke Is No Longer Around 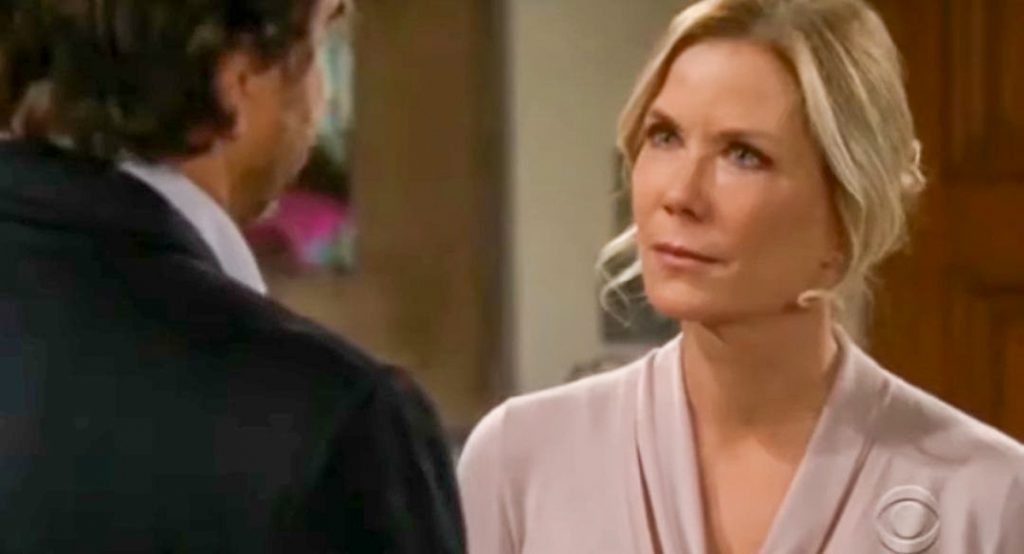 The Bold and the Beautiful spoilers reveal Ridge Forrester (Thorsten Kaye) encounters a surprising scene. He finds someone else occupying his bed. That person turns out to be Shauna Fulton (Denise Richards), who is sleeping soundly. Find out more about this storyline.

B&B spoilers reveal that in the upcoming week, expect Ridge to discuss his crumbling marriage with Eric Forrester (John McCook). A lot has happened between Ridge and his wife, Brooke Logan Forrester (Katherine Kelly Lang). Even though Thomas Forrester (Matthew Atkinson) is the main reason for their split, there is also concern of Shauna going after the married designer.

Actor Thorsten Kaye spoke to Soap Opera Digest regarding his character’s storyline. Expect Ridge to walk into the Forrester guesthouse only to find his bed is already occupied. It turns out that Shauna has fallen asleep.

It should also be noted that this is the same bed in which Bill Spencer (Don Diamont) and Steffy Forrester (Jacqueline MacInnes Wood) had their affair. So, the bed has some scandalous history.

The Bold and the Beautiful spoilers reveal that Ridge and Shauna will also share a kiss. Now, it should be noted that Ridge wouldn’t give the Las Vegas vixen a second look if Brooke had been loyal. No, she didn’t have an affair, but she betrayed Ridge in other ways.

All he wanted was support for him helping his son, Thomas. Brooke fought him every step of the way, which alienated Ridge. Then, she went behind his back to try and steal Douglas Forrester (Henry Joseph Samiri), which was a form of betrayal.

Kaye explained that if Brooke had supported Ridge’s decision to help Thomas, then their marriage would be fine. The actor also hinted that “this designer man has issues” and he can’t ever be alone. Since Brooke isn’t around, he finds comfort in the arms of another woman. Pretty much, Shauna is just a substitute until he gets his marriage back on track.

That is exactly what he intends to do, despite her taking off her wedding ring. However, he won’t sacrifice his son in order to make Brooke happy. But he is determined to find a way to please everybody.

Days of Our Lives Spoilers: Gabi One Step Ahead Of Lani – Ulterior Motive Revealed