The Bold and the Beautiful Spoilers: Hope Spends Alone Time with Thomas, Plan Could Put Her Life in Jeopardy 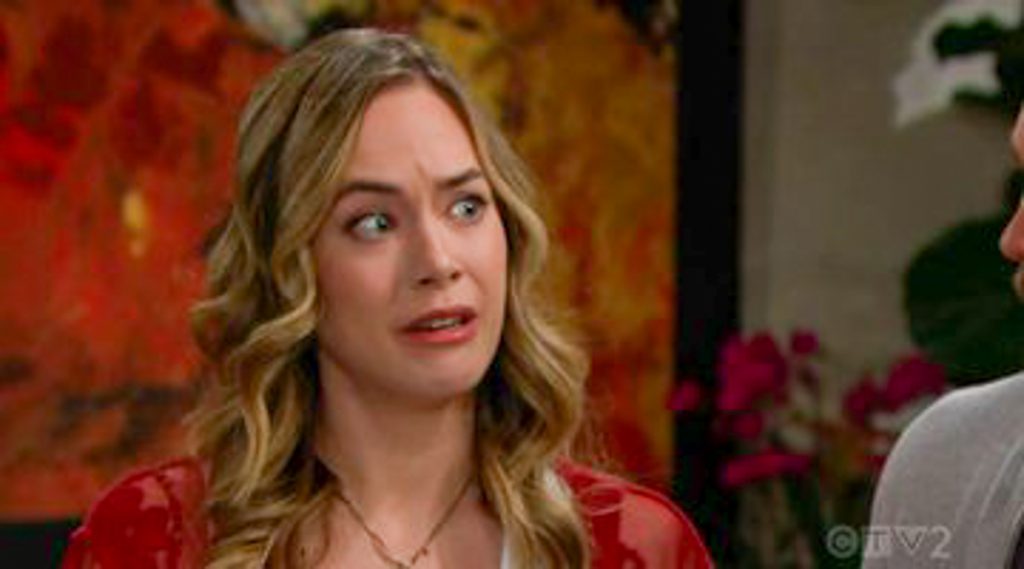 The Bold and the Beautiful spoilers reveal Hope Logan (Annika Noelle) continues trying to get custody of Douglas Forrester (Henry Joseph Samiri). She will go to extreme lengths to accomplish her goal. Spending alone time with Thomas Forrester (Matthew Atkinson) could put her life in danger.

B&B spoilers tease that Hope hasn’t given up on getting custody of Douglas. Even though Ridge Forrester (Thorsten Kaye) made himself very clear, the Logan women are not going to simply surrender their plans. This leads Hope to make an emotional plea to Thomas for him to at least think about signing the papers, which would terminate his parental rights. It would also give Liam Spencer (Scott Clifton) and Hope custody of the little boy.

The Bold and the Beautiful spoilers reveal that at the end of one conversation, Thomas’ head was spinning. He ended up agreeing to take Hope’s request under consideration. He almost leaned toward giving her what she wanted. That is, until Ridge told Thomas that he could not give up his child under any circumstances.

It is suggested that once again, Thomas and Hope will end up being alone together. It is also teased to expect Hope to use Thomas’ feelings for you to get what she wants. She will try to play a game with Thomas and expects that the end result will be signed adoption papers. However, Thomas might have something else in mind.

B&B spoilers indicate that Hope could find herself in danger due to her game of manipulation. If she thinks getting Thomas to sign those papers would be that easy, then she is in for a surprise. However, have the Logan women finally gone too far? Will there be dire consequences for their manipulation tactics? Fans will have to keep watching the CBS soap opera to see how this story ends.

What do you think is going to happen with Thomas Forrester and the adoption papers? Is Hope Logan really in danger of losing her life? Have they finally gone too far?