The Bold and the Beautiful Spoilers: Ridge And Brooke Battle It Out – Is There Hope For Bridge? 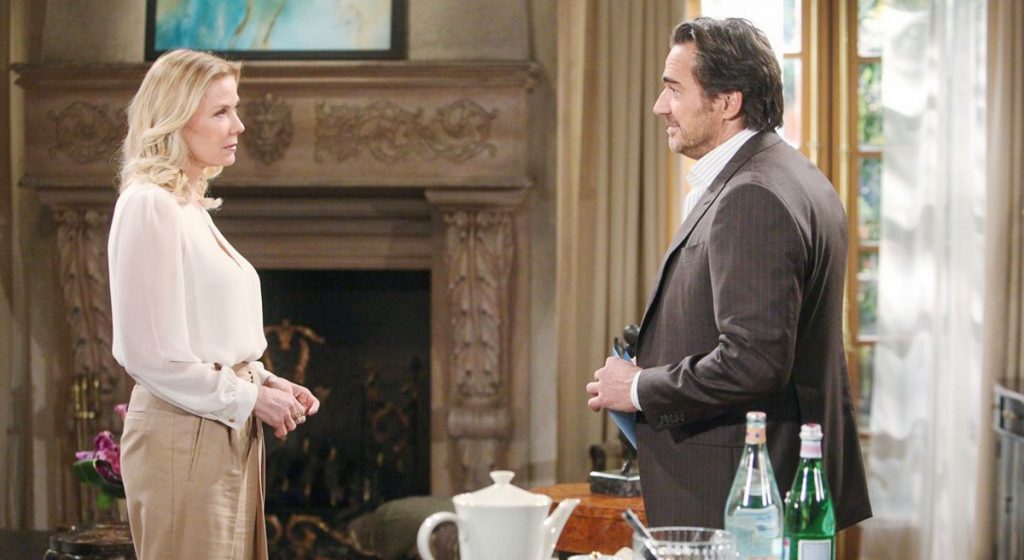 The Bold and the Beautiful (B&B) spoilers tease that Bridge’s marriage hangs in the balance as the week of December 2 kicks off. Ridge Forrester (Thorsten Kaye) is upset that his wife, Brooke Logan (Katherine Kelly Lang) refuse to forgive his son, Thomas Forrester (Matthew Atkinson) for his past misdeeds.

Ridge and Brooke talk over their differences and he is genuinely upset about his wife’s lack of compassion for his son. B&B spoilers state that he has been forgiving of Hope Logan (Annika Noelle) and her scheme to get custody of his grandson, Douglas Forrester (Henry Joseph Samiri).

Even so, Brooke refuses to let it go and entertain the thought of forgiving her stepson. For Ridge, this is a deal-breaker, and unless she can compromise, he will divorce her over it. Here’s what is coming up on B&B.

Bold & The Beautiful Spoilers – Bridge’s Marriage Is In Trouble

Ridge and Brooke had a heartfelt talk on Wednesday, November 25. B&B spoilers reveal that Ridge said that if she cannot accept his son as part of the family, he will have to divorce her.

Brooke is stunned by his admission. She thought they could work out their issues like they always do. However, Ridge explains that Thomas is his son and he cannot turn his back on him.

Bold and the Beautiful spoilers detail that Brooke will say that she cannot forgive Thomas for his behavior since he cost Hope months with her daughter. And, she still believes that Thomas is dangerous and a threat to her daughter and Douglas’ safety.

B&B Spoilers – Is There Any Hope For Bridge?

Ridge isn’t willing to cave on his demand of Brooke accepting his son as part of the family. He wants both Steffy Forrester (Jacqueline MacInnes Wood) and Thomas to feel safe and accepted in his home.

Brooke refuses to welcome Thomas around with open arms. Even worse than that, she refuses to allow him to her home. For Ridge, this is enough to, at least, consider divorce.

If Brooke doesn’t find a way to compromise with Ridge, their marriage could be over. Do you think they can work things out? Don’t forget to come back later for more The Bold and the Beautiful (B&B) spoilers, news, and casting updates!