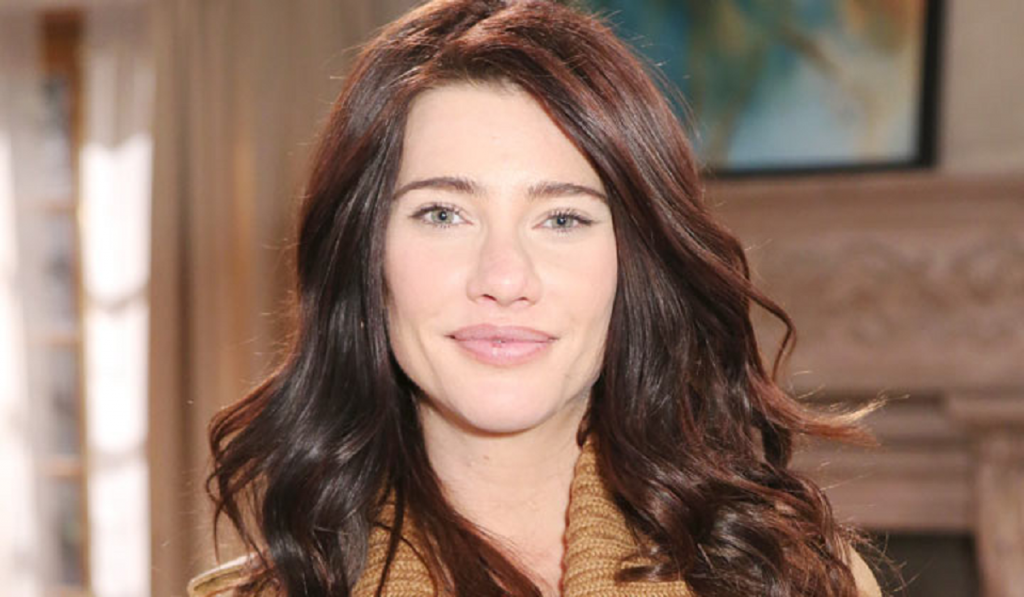 The Bold and the Beautiful (B&B) spoilers for Monday, September 9, tease that Thomas Forrester (Matthew Atkinson) will get another visitor. As B&B viewers know, he’s had several tough conversations lately, first with Detective Alex Sanchez (Jeremy Ray Valdez), then with Bill Spencer (Don Diamont), then with his dad Ridge Forrester (Thorsten Kaye). But his next visitor will be a person who was directly impacted and hurt by his lies and manipulations…his sister Steffy Forrester (Jacqueline MacInnes Wood).

B&B viewers haven’t seen Steffy on canvas since her adopted daughter “Phoebe Forrester” was revealed to her as being Beth Spencer (River Davidson and Madeline Valdez). Steffy was devastated by the revelation and relinquished Beth to Hope Logan (Annika Noelle) and Liam Spencer’s (Scott Clifton) care. Since then, Steffy has been off-canvas and presumably just trying to go on with her life with Kelly Spencer (Chloe Teperman and Zoe Pennington).

It doesn’t seem that Steffy has been to see Thomas since his fall from the cliff – and if she has, then this has happened off-screen. But most likely, Steffy hasn’t visited her brother at all, given everything that he did to her. She’s probably been too upset with him to visit since she knows that he played a big part in keeping the lie about Beth going. And that means that he allowed Steffy to continue bonding with “Phoebe” for weeks and said nothing.

Well, on Monday’s B&B episode, Steffy will go to visit her brother in the hospital. She’ll probably be feeling glad that he wasn’t seriously hurt when he tumbled over the cliff, but she’ll also be furious with him for his role in keeping Beth’s existence a secret. And she’ll probably be shocked and in utter disbelief that Thomas has been accused of being involved in Emma Barber’s (Nia Sioux) death. 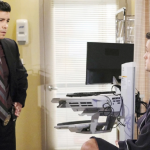 According to B&B spoilers, Steffy will totally let her brother have it. She hasn’t really had the chance to rail against the people who caused her so much pain, and Thomas will be the first to encounter her rage. She’ll fume at him for all the harm that he’s caused, and since Steffy has quite a temper, we should see a pretty big blowup between the two. Thomas will probably try to explain his side, but Steffy won’t want to hear any excuses.

The Bold and the Beautiful Spoilers: Courtney Hope Has An Exciting Side Gig @celebratesoaps #bb #boldandbeautifulhttps://t.co/PtGp5gPrQI

Next, on Monday’s new episode of B&B, Ridge will wind up in a difficult position. According to B&B spoilers, he’ll find himself holding the keys to both Thomas’ and Flo Fulton’s (Katrina Bowden) futures. It’s unclear exactly how it’s all going to arise, but somehow Ridge will be in a position of power where Thomas’ and Flo’s freedom is concerned.

Of course, Ridge will probably want to do everything he can to prevent Thomas from being prosecuted for his crimes, but since it seems that Thomas’ future will somehow be tied to Flo’s future, Ridge will be in a real bind. He can’t stand Flo and wants her to pay dearly for pretending to be “Phoebe’s” birth mother and tricking Steffy into an illegal adoption. But it seems that Thomas and Flo’s freedoms will rise and fall together, and Ridge will find himself with a big decision to make.

Ongoing spoilers indicate that Ridge will ultimately strike some sort of deal with Detective Sanchez that will affect both Thomas and Flo’s futures. But what will that deal be, and how will Ridge be able to live with himself knowing that his actions allowed Flo to walk free?