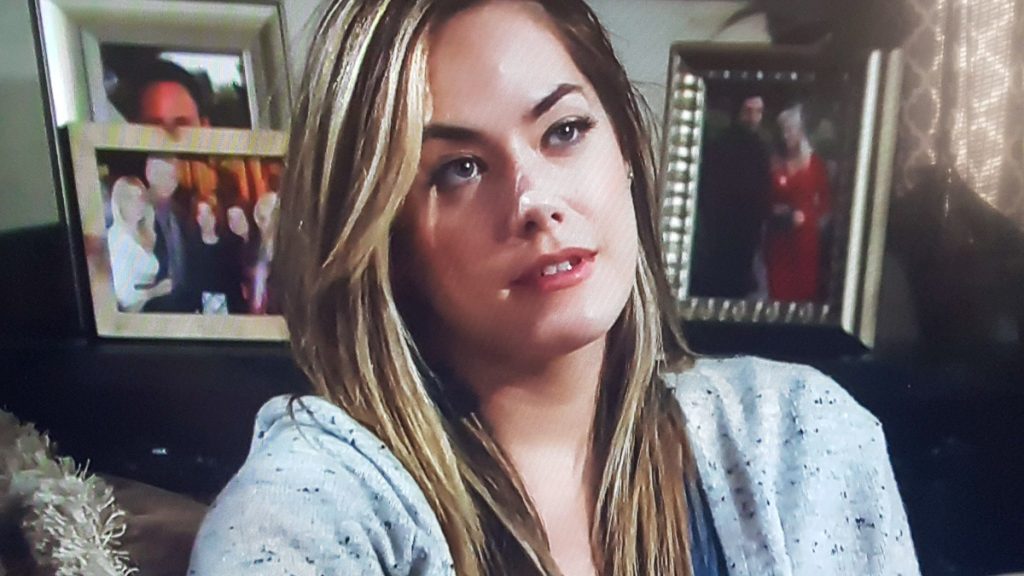 The Bold and the Beautiful spoilers for Monday, November 18, tease that Ridge Forrester (Thorsten Kaye) will lash out at Hope Logan (Annika Noelle). He’ll learn that Hope managed to get Thomas Forrester (Matthew Atkinson) to sign the paperwork allowing her to adopt Douglas Forrester (Henry Joseph Samiri) and get joint custody of the little boy.

As B&B viewers know, this is a situation that Ridge previously proclaimed would never happen. He had done everything in his power to dissuade Thomas from relinquishing custody of Douglas to Hope, and he’ll be incredulous and outraged to learn that Thomas actually signed off on this. Ridge will suspect that Hope did something sneaky to get Thomas’s cooperation, and as B&B viewers know, he’s absolutely right.

Hope led Thomas to believe that there was a chance that the two of them could be together along with Douglas. But after Thomas signed the papers, he realized that Hope had manipulated him, and he was angry. From there, a tragedy occurred, with Hope pushing Thomas directly into a vat of what Hope was later told was hydrofluoric acid.

Well, this will all be on Hope’s mind as Ridge is coming at her with questions. It looks like Ridge will tell Hope that he knows what she did, which will alarm Hope since she’s practically buried under the weight of her guilt for what she believes happened to Thomas. But Ridge will simply mean that he knows what she did with respect to manipulating Thomas into signing the papers.

It appears that Hope will continue to wrestle with her guilt over what happened to Thomas, and she might want to come clean as Ridge is interrogating her. But it doesn’t look like she’ll get the chance to come clean, as Ridge rages at her for her actions.

Next, on Monday’s new episode of B&B, Steffy Forrester (Jacqueline MacInnes Wood) and Liam Spencer (Scott Clifton) will spend some more time together. As B&B viewers know, they’ve really been enjoying each other’s company lately and their newfound status as cordial co-parents of Kelly Spencer (Zoe Pennington). It looks like they might bump into each other at Forrester Creations, since Liam will need to be submitting his resignation soon.

Perhaps the two will reflect on their most recent visit together with Kelly and Beth Spencer (River Davidson and Madeline Valdez). They might reflect on how well the girls got along and enjoyed bonding, and it looks like they might discuss arranging some additional playdates for the girls very soon.

According to B&B spoilers, Liam and Steffy will share a tender moment together as they talk, and they’ll vow to spend even more time together as a family going forward, although the landscape of that family has just changed a bit now that Hope has become Douglas’ adoptive mother. We’ll see if Liam lets Steffy know about that development on Monday’s episode. If so, it will surely come as a big surprise to her.