The Bold and the Beautiful Spoilers: Hope Is Overconfident – Thomas Cannot Be Tamed 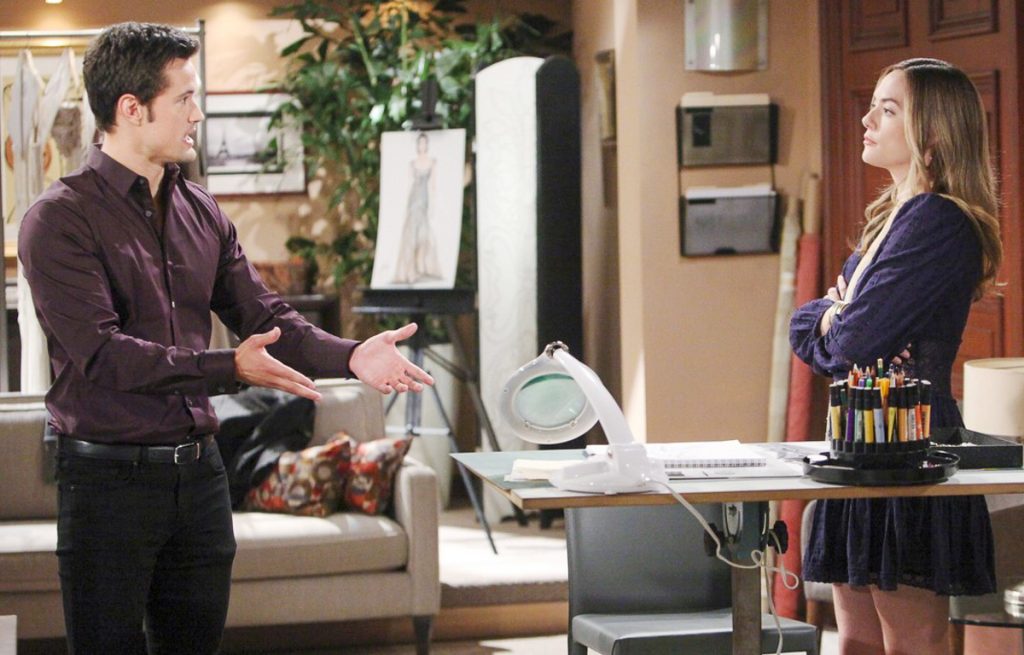 The Bold and the Beautiful spoilers tease that Hope Logan (Annika Noelle) believes she’s taken control of a situation that was driven by Thomas Forrester (Matthew Atkinson) from last spring until the fall. She’s not fully wrong, but also doesn’t have access to all the facts.

Thomas has no intention of moving on with his life. He still plans to make Hope his wife again. In his daydreams, they will reform their Thope family and raise Douglas Forrester (Henry Joseph Samiri) in a traditional setting. Actually, it take places in Eric Forrester’s (John McCook) home, which this trio will take control of, along with Forrester Creations.

There is no containing Thomas’ desires at the moment because he’s refused to recognize that his mental health issues need to be professionally addressed. Add onto that Ridge Forrester’s (Thorsten Kaye) complete burial of his head in the California sand and it’s natural that Brooke Logan (Katherine Kelly Lang) and Liam Spencer (Scott Clifton) are worried.

Steffy Forrester (Jacqueline MacInnes Wood) is not convinced that her brother is doing better. She’s also surprised that Hope is willing to work with Thomas again, even considering the unwanted co-parenting arrangement that’s developed.

Of course, sharing custody is something that Hope fully supported, as it gives her legal power over Douglas. Plus, as Steffy suspects, said legal action created an opening for Hope.

Steffy and Ridge don’t like Hope having become Douglas’ legal mother. They feel Thomas unnecessarily ceded power in allowing a woman they don’t trust to have a say over his son.

Thomas is so smitten with Hope, which is why he trusts her. However that emotional blind spot puts Thomas in danger of taking another fall.

The Zoe Buckingham (Kiara Barnes) distraction is a risky ploy. While Thomas is creating a plausible ruse, he’s allowing a formerly volatile individual the ability to disrupt his plans.

Thomas doesn’t know Zoe’s own unstable history, as Xander Avant (Adain Bradley) could attest to. So, if Zoe’s romantic attachment to Thomas doesn’t go as she hopes, or Atkinson’s character treats her cruelly, viewers will anticipate reprisal. However, Thomas likely won’t do the same and then be left reeling.

The Bold and the Beautiful Spoilers for 2020: Big Events for Thomas, Hope, Liam, Ridge, Brooke, and More @celebratesoaps #BB #BoldandBeautifulhttps://t.co/7pXYa2iswz

Being Beth Spencer’s (Madeline Valdez and River Davidson) mother is obviously the most important factor in Hope’s life. She’s also chosen to become Douglas’ adoptive mommy, as that poor soul character has often tagged her.

Choosing to get back to work is natural, as the drama that was connected to Beth has passed. Plus, Hope wants to secure FC’s funding for her fashion line by winning the showdown.

Reluctantly agreeing to have Thomas serve as Hope For The Future’s designer will surely produce great products for the models to wear. If all goes well, Hope will defeat Steffy’s line. But who knows what Thomas will be doing as the preceding plays out.

Days of Our Lives Rumor: Will Stefano Kidnap Marlena Once Again?

Days Of Our Lives Spoilers: Is The “Real” Stefano Still Out There – Is He Aware Of Steve’s New Role?

The Bold And The Beautiful Spoilers: Steffy’s Tragic Choice – Sacrifices…