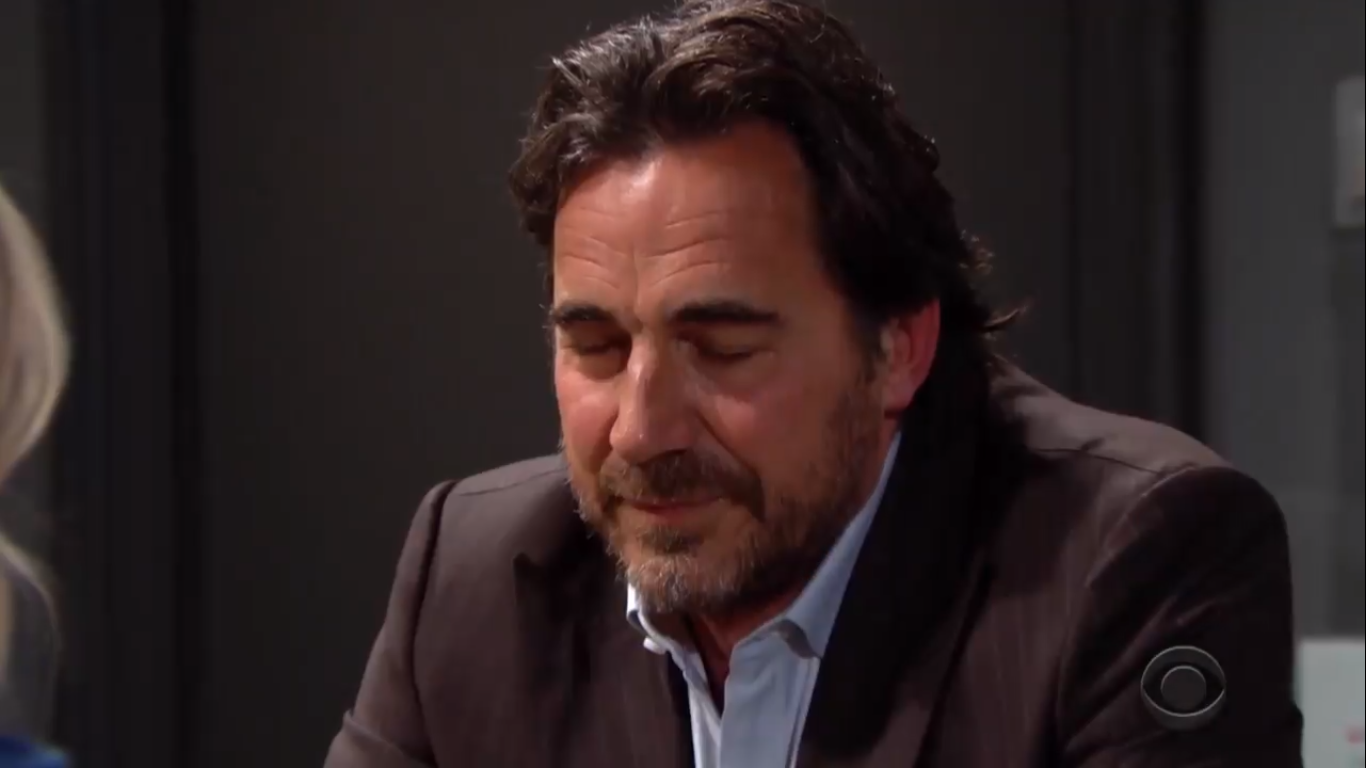 The Bold and the Beautiful spoilers for Friday, September 13, tease that Shauna Fulton (Denise Richards) will seize an opportunity. As B&B viewers know, she’s just saddled up to the bar where a very drunk Ridge Forrester (Thorsten Kaye) has been drinking all evening.

Ridge and Brooke Forrester (Katherine Kelly Lang) had a fierce argument earlier in the evening, and Ridge left the mansion angry. He then wound up at Bikini Bar, where he’s been drinking ever since.

Ridge doesn’t seem to be interested in doing anything but drinking, and he even yelled at Carter Walton (Lawrence Saint-Victor), who happened to see him and tried to help. And then along came Shauna.

As B&B viewers are aware, Shauna has just had a bad interaction with Brooke herself. Brooke literally pushed Shauna out of the mansion and urged her to take Flo Fulton (Katrina Bowden) and leave Los Angeles. Shauna was irked, and now she’s with Ridge.

Well, according to B&B spoilers, things are going to degenerate from here. Ridge is seriously inebriated, and Shauna is upset with Brooke and may want some revenge on her.

From here, Shauna and Ridge will spend the night together, but whether they actually sleep together remains to be seen. Ongoing B&B spoilers say that once their evening is over, they’ll regroup and decide to make a pact to keep their evening together a secret, so it certainly sounds like they may end up hooking up. Either way, the whole evening will be something that Ridge will want to keep from Brooke.

Next, on Friday’s new episode of B&B, Flo will get a big surprise. As B&B viewers know, she just went to visit Wyatt Spencer (Darin Brooks) to try to apologize for all of her lies and deception. She wanted to explain to Wyatt about how she got caught up in Reese Buckingham’s (Wayne Brady) kidnapping and illegal adoption scam and felt as though she couldn’t escape from it. They ended up having a civil conversation, but Wyatt didn’t take her back, or even come close to it.

As B&B viewers know, Wyatt is now back together with Sally Spectra (Courtney Hope). Well, on Friday’s episode, Sally will happen to overhear Flo talking about her plan, which is likely her plan to earn Wyatt’s forgiveness and get him back. Sally won’t like the sound of that, and she’ll promptly confront Flo about it.

Sally will let Flo have it – she’ll call her out for her big con against the Forrester and Logan families, and she’ll blast Flo for lying to Wyatt throughout their relationship while pretending to be such an honest, decent person. Flo will probably protest and try to point out how she was deceived by Reese and then threatened by Thomas Forrester (Matthew Atkinson).

But it doesn’t appear that Sally is going to have any sympathy for Flo, plus she’ll want to make it crystal clear that she and Wyatt are back together, and that she’s not going to let Flo come between them. Of course, this may just serve to embolden Flo in her quest to get Wyatt back – time will tell.

Days of Our Lives Spoilers: What to Expect When Chrishell Hartley Returns as Jordan Ridgeway