The Bold And The Beautiful Spoilers: Flo’s Gift Stuns The Logan Family– Will They See The Good In Her? 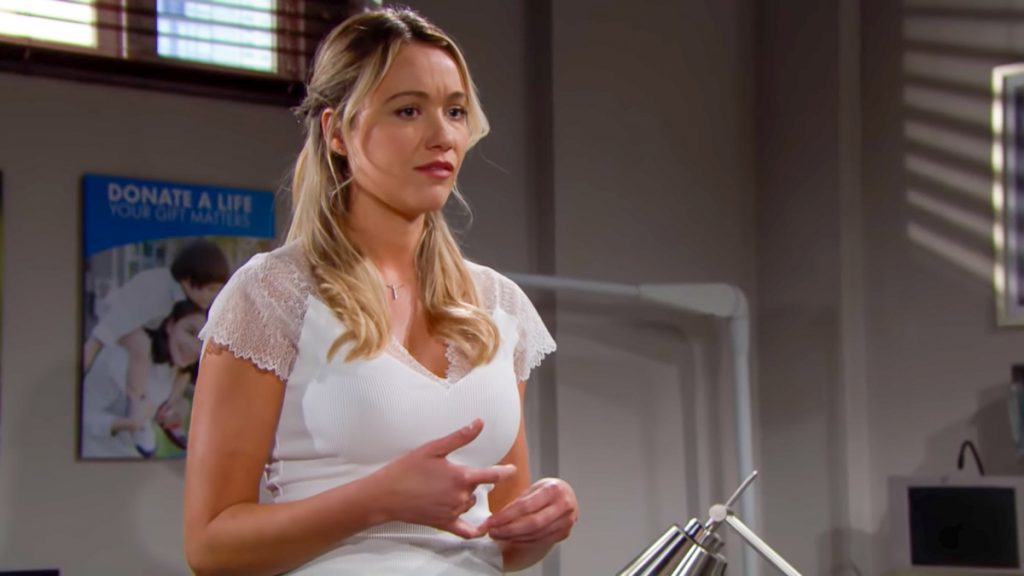 Flo Fulton (Katrina Bowden) hadn’t been considering what her mother suggested on The Bold and the Beautiful. But it’s good Shauna Fulton (Denise Richards) connected Katie Logan’s (Heather Tom) dire health crisis and the seeming purgatory that Flo was likely to live in for years to come.

Shauna isn’t shy about expressing her opinions. That personality point proved worthwhile in this instance, as she strongly encouraged Flo to be tested to see if donating a kidney to Katie was possible. Shauna based her suggestion on Storm Logan’s (William deVry) organ gift to his sister in B&B’s past.

Getting tested proved Flo was, in fact, a kidney donor match for Katie, as Shauna felt she would be. Flo’s additional choice, in donating anonymously, is the factor that will also help to produce redemption.

Bold And The Beautiful Spoilers – No Escaping Beth Spencer Debacle

Embraced by the Logan’s, upon their learning that Storm was her biological father, Flo couldn’t enjoy her newfound family. The weight of the Beth-Phoebe dilemma increased as time passed, eventually resulting in a mega reveal that Douglas Forrester (Henry Joseph Samiri) sparked.

There never were going to be any explanations, or apologies that made the Logan family forgive Flo. Her free will involvement in the baby steal and conceal scheme that Dr. Reese Buckingham (Wayne Brady) conceived of and orchestrated proved infinitely too much for Hope Forrester (Annika Noelle), Brooke Logan Forrester (Katherine Kelly Lang), Donna Logan (Jennifer Gareis), Katie, and many other non-Logan family members to take.

Savvy soap fans knew that Flo’s choice to remain in Los Angeles, California, after everything went down wasn’t likely to result in a long jail stay. If Bowden’s character was to remain viable, Flo needed another storyline path so she could move forward.

Shauna’s relatively recent return from Las Vegas, Nevada, teed up what was to come. Richards’ character is now masterfully written in between Ridge Forrester (Thorsten Kaye) and his wife.

The above plot point was necessary so that Shauna could remain in the loop about Katie’s condition. Brooke’s verbal battle and vase throw were also vehicles that allowed Shauna and Flo to learn Lang’s character wasn’t a kidney match for Katie and that the situation was worsening.

Bold And The Beautiful Spoilers – Choice To Remain Anonymous Revealing

If Flo was like her mother, she would want Katie to know about the kidney donation. But Storm’s nature must be influencing Flo right now.

The choice to remain anonymous projects an eventual unmasking. Of course, Katie and the entire Logan family will be confounded when recognizing the depth of Flo’s sincerity when that moment in the storyline arrives. Then, Shauna’s belief that her daughter can restore ties with Logan’s and Flo’s desire to do the same can be realized.

The Bold And The Beautiful Spoilers: Thomas Rejoices as Ridge and Brooke Drift Further Apart– Will Bridge Work Things Out?