The Bold and the Beautiful Spoilers: Flo, Zoe, and Xander In Danger, Thomas Totally Unhinged 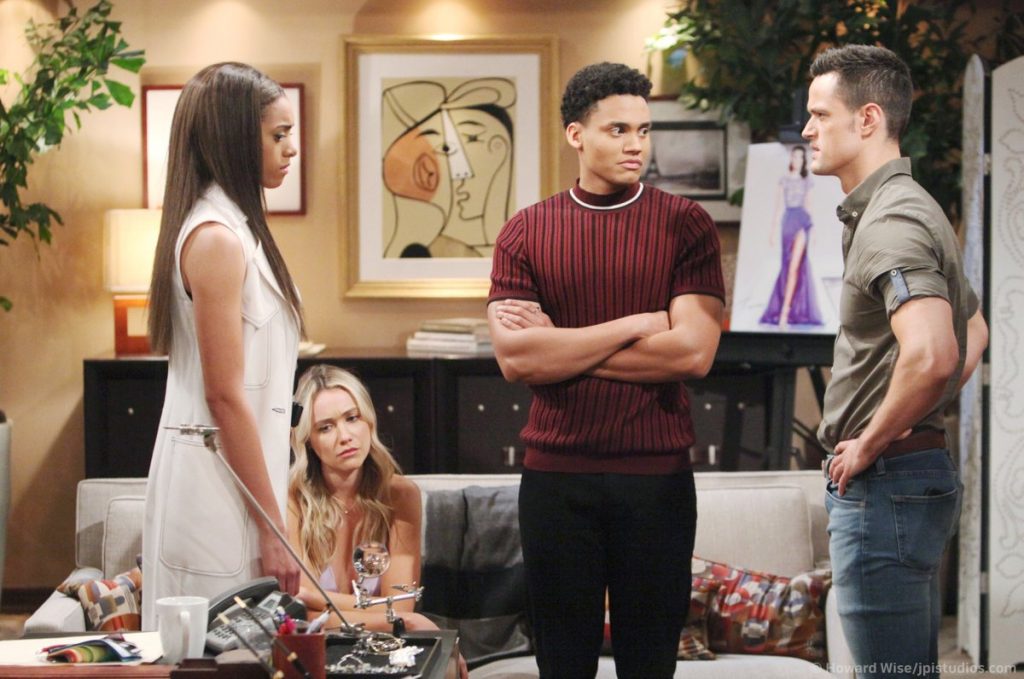 The Bold and the Beautiful spoilers tease that Thomas Forrester’s (Matthew Atkinson) vile criminal act against Emma Barber (Nia Sioux) places Flo Fulton Logan (Katrina Bowden), Zoe Buckingham (Kiara Barnes), and Xander Avant (Adain Bradley) in greater danger. The recent verbal threats he made against them are likely precursors, rather than the worst Thomas will do to this troubled trio.

Thomas’ contact with Vincent Walker (Joe LoCicero) is ominous, as drugs are involved. The intent of this transaction isn’t fully known but is yet another amoral action that Atkinson’s well played alter ego is willfully pursuing.

Thomas’ initial reaction, in learning from Flo that Beth Spencer (Madeline Valdez and River Davidson) was never stillborn, was normal. But his rapid one hundred and eighty-degree reversal was a neon sign about his current mental health.

After having time to consider what he knew, Thomas decided that it would be best (for him) to not alleviate the infinite pain Hope Logan (Annika Noelle) feels for the perceived loss of her child. His intent is to manipulate her state of being into a Tope marriage.

Of course, Tope will eventually lead to Hope saying nope to Thomas. She’ll be revolted the moment she learns how he’s betrayed her trust, while also engineering connections with his own son, Douglas Forrester (Henry Joseph Samiri). Hope will also be adamant that Thomas not be in her life.

Flo Fulton, Zoe Buckingham, and Xander Avant Are in Danger

The reason Hope’s name was inserted into a feature about Flo, Zoe, and Xander is that they’re in serious danger. Knowing what they know and in having Xander stand up to him on more than one occasion, it’s clear that Thomas sees each of them as a threat to his diabolical plans.

RT if this is your mood when #BoldandBeautiful is over and you have to go back to work. pic.twitter.com/hu3ERctwxo

If Thomas would go so far as to force the now late Emma off the road to her death, then he’s also willing do something similar to the referenced group of baby swap secret keepers if any one of them pushes back too hard.

Brooke Logan Forrester (Katherine Kelly Lang) is trying to relay her instincts about Thomas’ off-balance behavior to Ridge Forrester (Thorsten Kaye). But he wants to believe that his son has progressed from past mental health troubles and isn’t willing to consider what his wife is saying.

B&B fans rightly envision scenarios where Thomas comes to believe that Flo, Zoe, Xander, or combinations of them are not following his orders to remain silent. Rather than threaten them further, he’ll act.

The Bold and the Beautiful Recap, Friday, June 28: Thomas Slips A Drug Into Liam’s Drink — Shauna Returns With Exciting News!