The Bold and the Beautiful Recap, Monday, June 24: Emma Is Dead — Flo Realizes Thomas Might Have Killed Her 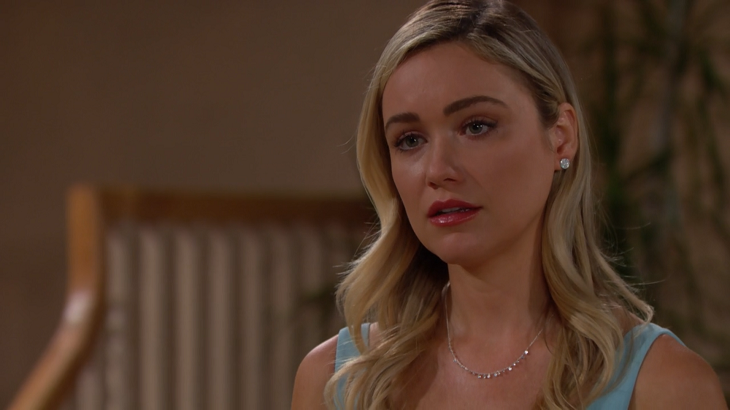 It begins on an empty road where Thomas is looking at Emma in her car. She’s dead.

At the cabin, Hope is very emotional. Thomas stops by. Thomas said he thought he heard Hope say to come in but she didn’t. Thomas goes on to say just how amazing Hope is and how she’s done so many great things lately but for him and all of the children in their lives. Thomas says that together they can be happy raising his son Douglas Forrester (Henry Joseph Samiri) together. Thomas says that he will do whatever it takes to win her over and that he has her best interests in mind.

At Il Giardino, Bill sees Brooke at the bar. He sits next to her and asks if everything is okay. Brooke opens up about her feelings and tells Bill that she doesn’t trust Thomas one bit. Brooke explains that she thinks Thomas is taking advantage of Hope and her broken heart. Even though she feels sorry for him and everything that he went through during his childhood, she thinks he is doing more harm than good for Hope.

Bold and the Beautiful Spoilers, Tuesday, June 25: Ridge & Brooke’s Relationship Is Put To The Test- Pam Gives Brooke A Clue Of What Could Have Happened Leading Up To Emma’s Death

Bill agrees and says that it would be best to keep an eye on Thomas. Bill then gets a phone call from Justin. He’s at a loss for words. He tells Bill that he just got a call from his sister. Emma’s car went off the road and she’s now dead. Bill then tells Brooke. She will let everyone at Forrester know but is worried about how Hope will face this news.

At Forrester Creations, Flo Fulton (Katrina Bowden) arrives. Zoe Buckingham (Kiara Barnes) and Xander Avant (Adain Bradley) tell her that Emma found out about the Baby Beth secret and that was determined to take the news to Hope. Zoe makes a comment that she doesn’t think it will happen if Thomas gets to her first.

She also says that Thomas will find a way to keep Emma quiet, knowing just how creepy he is. The receptionist then enters. She relays her message from Brooke and tells everyone that Emma is dead. Flo then realizes that it might have been Thomas who killed Emma.

At the cabin, Hope finds out that Emma got into a car accident and died. Hope is heartbroken. Thomas holds her in his arms.