The Bold And The Beautiful Recap, Wednesday, June 12: Zoe Prepares For The Worst– Thomas Conflicted About Beth Secret 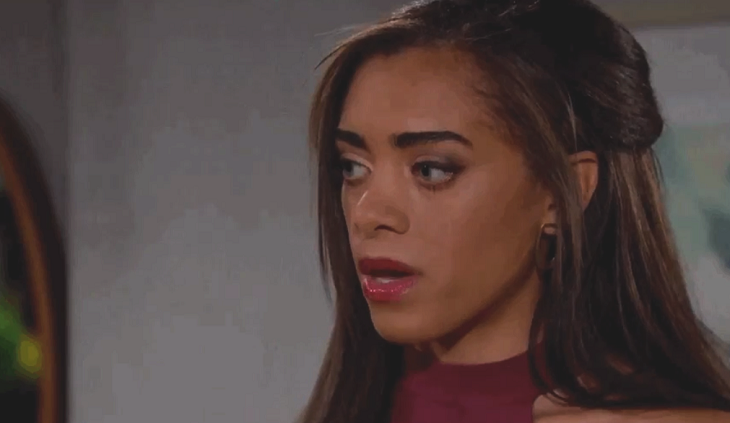 It begins at the cliffhouse, where Thomas tells Steffy there’s something she needs to know. He says that this secret will change their family forever. He then proceeds to tell Steffy that Phoebe isn’t who she thinks she is and that she belongs to a woman whose child was taken away from her. Steffy wonders out loud if he’s talking about Flo Fulton (Katrina Bowden) but Thomas says that’s not the case.

Liam then comes in the room. He cuts off Thomas right away and tells him that he got what he wanted, referencing his and Hope Logan’s (Annika Noelle) annulment. Steffy then goes back to the previous conversation and says that Thomas had something important to tell her. Thomas takes a look at Phoebe and Beth playing together and then gets a flashback of Flo’s confession.

He then takes a step back when Steffy mentions that Liam is the only father that Phoebe will ever know. Thomas agrees. He looks at the first and smiles. Liam then takes the two girls back to the bedroom and Steffy mentions how happy she is to have Liam back in the house. Thomas takes a deep breath and says that he can’t waste any more time and that she needs to know the truth.

Bold And Beautiful Spoilers– Zoe And Flo Prepare For The Worst

At the Forrester mansion, Zoe tells Flo that they will all be going to jail now that Thomas knows the truth. She’s once again panicking over their futures. Xander and Flo think that it’s time to finally come clean about everything. All Flo wants to do is put an end to Liam and Hope’s pain.

Flo begs Zoe to allow the truth to be revealed but Zoe is concerned about going to jail. WATCH FULL EPISODE: https://t.co/TuUe8qdilt #BoldandBeautiful pic.twitter.com/ErbSNkcQnU

Xander repeats that Hope and Liam deserve to know the truth while hoping that Thomas doesn’t tell his sister first. Flo thinks that Steffy will be disappointed. Xander assures everyone that they will get through this – they have to. Flo says that while she’s happy that Hope will get her baby back, she’s now worried about how Steffy will react to all of this. Zoe snaps at everyone, as she knows that the end is near.

The Bold and the Beautiful airs weekdays on the CBS network. Check your local listings for times. In the meantime, come back to Soap Opera Spy for all the latest news right here!

The Bold And The Beautiful Spoilers, Thursday, June 13:Thomas Struggles On What To Do- Wyatt Demands Answers After Overhearing Zoe & Xander Talking About Beth