The Bold and the Beautiful Recap Wednesday, July 31: Liam Learns The Truth – Flo Terrified Of Thomas 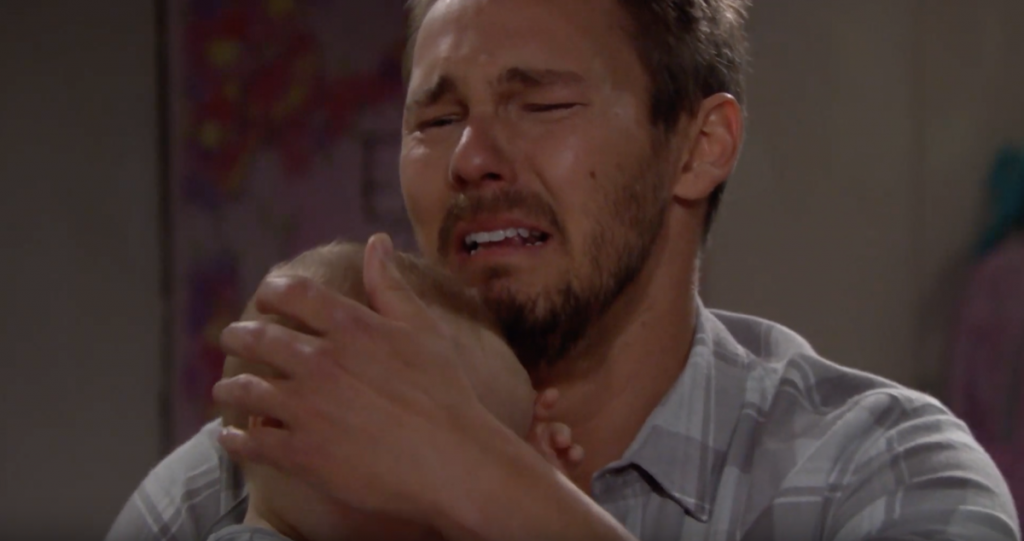 The Bold and the Beautiful recap for Wednesday, July 31 has Liam Spencer (Scott Clifton) realizing that he’s been living with his daughter Beth this entire time after Flo Fulton (Katrina Bowden) confirmed to him and Wyatt Spencer (Darin Brooks) that she lied. Vincent Walker (Joe LoCicero) has a gift for Thomas Forrester (Matthew Atkinson) and Hope Logan (Annika Noelle) while Shauna Fulton (Denise Richards) tries to protect her daughter.

It begins in the hotel room that Thomas got for Hope. He tells her that he is her husband now and not Liam. He also says that it’s time to move on and tries to make things a little more romantic for her. He also slows down a little and suggests they have all night before they rush into anything.

Thomas then gets a phone call from Vinny, who says that he has a wedding gift for the happy couple. He also says that it’s something Hope will definitely enjoy. While Thomas is on the phone, Hope can’t help but think about Liam again. 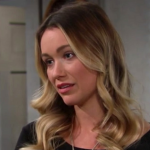 Later, Flo texts Wyatt and tells him that she needs to see him right away. She thinks about everything that happened back on Catalina Island and her involvement in the baby swap scandal. Shauna arrives and tells her daughter that she shouldn’t jeopardize her life by telling everyone the truth.

She also questions what Thomas might do if he threatens her. Flo is worried that Thomas might do something horrible to her. But then again, Flo says that this is not the person she is. She tells Shauna that she wants to do the right thing and tell Wyatt everything. Shauna points out that Wyatt might dump her over this. Flo says that even if she loses everything she has now, it’s worth telling the truth.

The Bold and the Beautiful – Douglas Forrester Confides In Liam Spencer

Back at the cliff house, Douglas Forrester (Henry Joseph Samiri) tells Liam that Phoebe is actually his daughter Beth. He then says over and over again that Beth didn’t die and that Phoebe is his baby. Liam questions Douglas where he heard it and he confirms that it was Thomas who said it over the phone. He also said that his mother once told him never to lie. After Douglas goes back to playing,

Liam then tells Steffy Forrester (Jacqueline MacInnes Wood) that Phoebe is actually Beth. Liam then gets a phone call from the hospital in Las Vegas and finds out that Flo never gave birth there. Liam hangs up the phone and tells Steffy that Flo lied about everything. Wyatt even sensed that Flo might have never given birth to begin with. Little Beth then looks at her father and says “dada” and Liam says that yes, he is her father.