The Bold and the Beautiful Recap, Wednesday July 17: Liam Wants Hope Back – Ridge and Brooke Battle 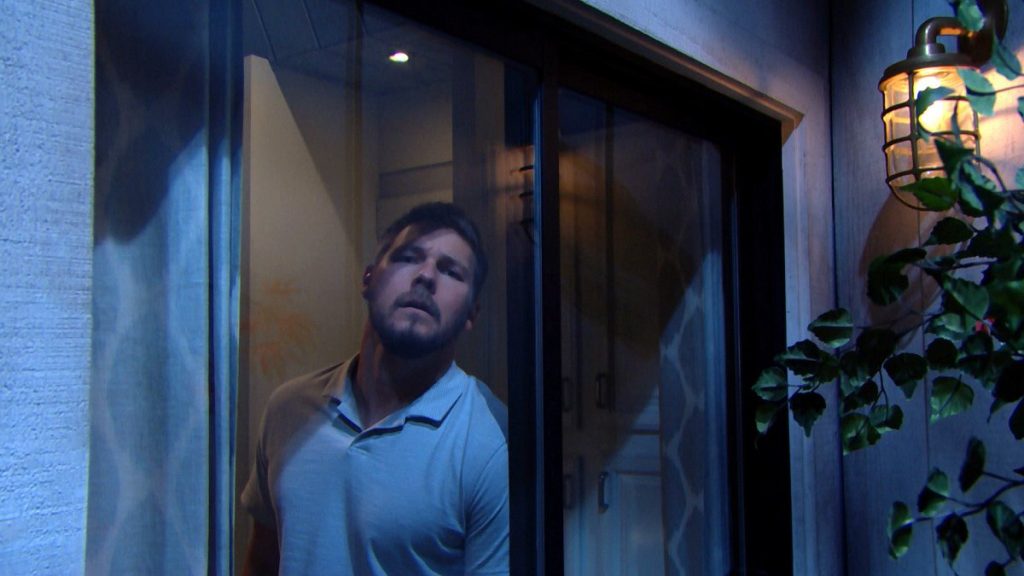 The Bold and the Beautiful recap for Wednesday, July 17thfinds Brooke Logan (Katherine Kelly Lang) warning that Thomas Forrester (Matthew Atkinson) is up to trouble while urging Hope Logan (Annika Noelle) to reconsider her future before they get married. Also, Ridge Forrester (Thorsten Kaye) is tired of Brooke meddling in their children’s affairs while Steffy Forrester (Jacqueline MacInnes Wood) and Liam Spencer (Scott Clifton) talk about what’s going on with Thomas.

It begins with Ridge telling Brooke that she doesn’t need to help coordinate a wedding that she’s clearly against. They once again argue about what’s best for both Thomas and Hope. Brooke says that she simply doesn’t trust Thomas and thinks that he is using Hope, with Ridge quite upset with her for talking about his son that way.

At the cabin, Hope tells Thomas that Steffy is going to be her maid of honor. Thomas thinks it’s a good choice. He says that he looks forward to making her his wife finally and gives her a kiss. After he leaves, Brooke arrives. She tells Hope that she is pledging herself to a man that is obviously trying to manipulate her.

Hope admits that she has some doubts but at the same time, she has feelings for Douglas Forrester (Henry Joseph Samiri). Brooke points out that she has more feelings for a little boy than the man that she is supposed to marry. Brooke ends the conversation by saying that Thomas has some pretty high expectations that Hope might not be able to fulfill. She also says that when Hope will say her vows on her wedding day, she will be lying.

Thomas and Ridge meet. Thomas says that it was Hope’s idea to rush the wedding date. He also says that he’s now more in love with her than ever before. Ridge wonders if Liam should come to the wedding and Thomas says he wouldn’t be bothered by it if he does come.

Later Thomas joins Hope in the cabin. He tries to make out with her but she pushes him away. Thomas wants Hope to tell him that she loves him but she just gives him a hug. After he leaves Hope can’t help but think about Liam.

Bold and the Beautiful Spoilers: Thomas Has Gone Too Far – Will He Pay For His Crimes? https://t.co/brlmlU3Zqk pic.twitter.com/KWYv9JZABq

At the cliff house, Liam can’t help but get emotional when Steffy starts talking about the wedding. She doesn’t think it’s a good idea for him to go. Liam points out that some people like Thomas would love to see him stay home, but he’s not about to give him that satisfaction. Steffy can’t understand why Liam won’t give Thomas credit for giving Hope her dream of motherhood. After they argue, Liam goes to bed thinking about Hope while also looking at the moon.