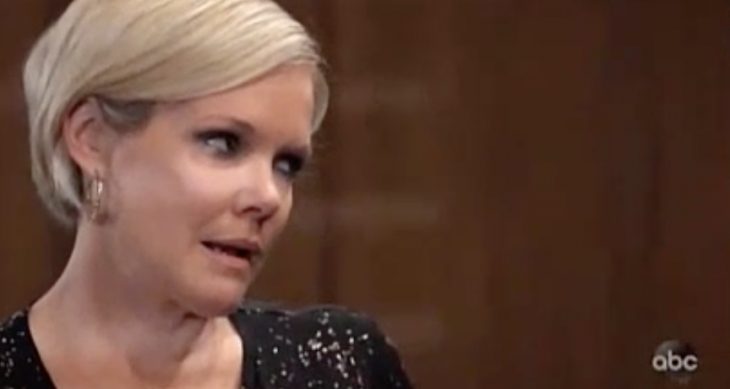 Welcome to your Thursday, June 6 General Hospital recap! We begin our day at the Corinthos mansion where Carly Corinthos (Laura Wright) is having a nightmare. She imagines her husband Sonny turning into Ryan Chamberlain and he’s holding a baby. She tells him to give her the baby and he reveals an empty blanket – Carly wakes up. Sonny Corinthos (Maurice Bernard) comes downstairs to comfort her and she says she dreamed Ryan stole her baby.

At the hospital, Franco Baldwin (Roger Howarth), Laura Spencer (Genie Francis) and Kevin Collins (Jon Lindstrom) are nervously waiting to see how Kevin’s surgery is going. Hamilton Finn (Michael Easton) assures them all is fine, but Franco thinks the surgery is taking too long.

In Jordan Ashford’s (Brianne Nicole Henry) room, Curtis Ashford (Donnell Turner) and Elizabeth Webber (Rebecca Herbst) are caring for her in preparation of the transplant. TJ Ashford (Tajh Bellow) and Stella Henry (Vernee Watson) are also keeping a close eye on her.

Julian Jerome (William DeVry) has invited Alexis Davis (Nancy Lee Grahn) to Charlies Pub to talk. He tells her about the Lucas Jones (Ryan Carnes) and Wiley situation and how he wants to help. Alexis says it’s a sensitive matter and Julian says Willow is the baby’s mother.

Alexis tells him that its best that he stay out of this fight for the baby.

At the hospital, Shiloh Archer (Coby Ryan McLaughlin) is being read his rights by Harrison Chase (Josh Swickard), he cries out that this is harassment. Margeaux Dawson (Elizabeth Hendrickson) enters the room and Shiloh complains about the arrest, she says “nice work detective.” Margeaux says she is the one that directed the charges against him. She lists all his offenses and says he’s going to go away for 20 years to life.

Shiloh denies any wrongdoing, specifically attempted rape. He thinks Margeaux is there to save him, but she says she wants to see him in prison where he belongs. Shiloh harasses Margeaux calling her a scared little girl – he is going to retaliate against her. Margeaux says she is going to resign as the DA but will leave a strong case for her predecessor. 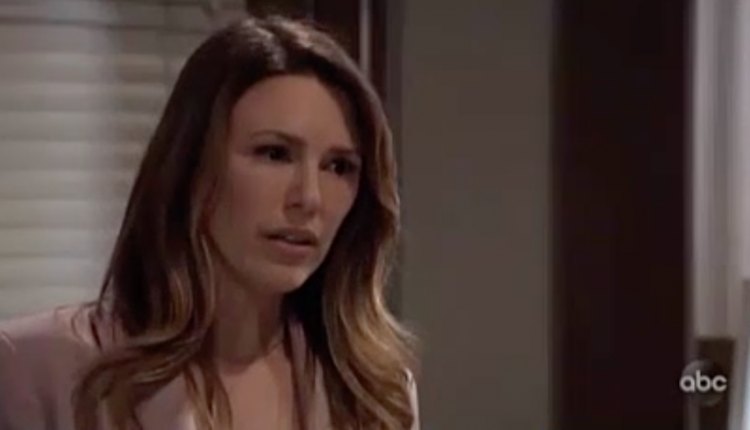 At Port Charles elementary, Harmony is yelling at her daughter Willow Tait (Katelyn MacMullen0 that she wants to know where her grandchild is. Willow insists that she had a miscarriage, but Harmony does not believe her. Willow wonders where Harmony was when she really needed her. Harmony keeps pushing that she can give her grandbaby a safe place.

Willow tells her to leave and Harmony wants her to visit an injured Shiloh at the hospital, she refuses. Willow and Harmony continue to argue – she threatens that Shiloh is slow to anger. Willow says she is not afraid of Shiloh. Harmony says its pointless for Willow to lie, she will find her grandson. 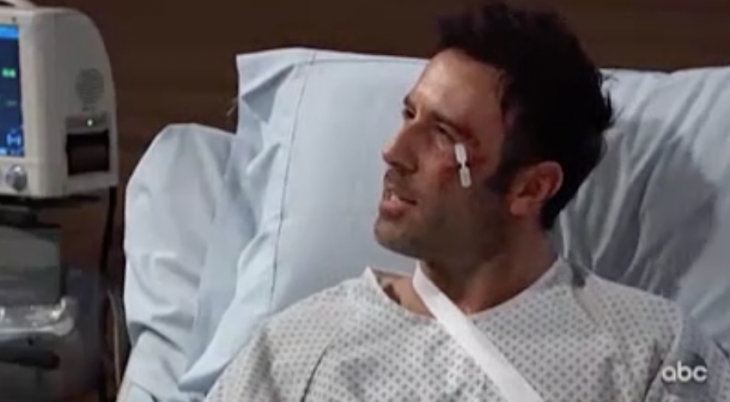 In the waiting room, Franco continues to worry about why the surgery is taking so long. Laura tells him to try and stay positive, as Finn gets a page and goes to check on Ryan. Ryan is out of surgery and the kidney is ready for the transplant.

Stella and TJ decide to step out and give Jordan some space, she tells them not to go far. Curtis asks if she is nervous and she’s wondering why Ryan consented to donate his kidney. Curtis says all that matter is that she gets his kidney.

Finn tells Jordan that they have the all clear to do the transplant and rejection is minimal. The surgery will begin immediately and will be only 2-3 hours. Jordan says she has signed a DNR request, which Stella says she does not feel is necessary. 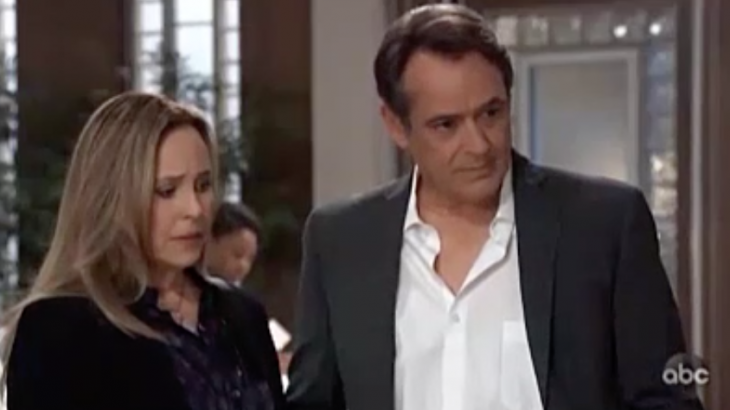 Carly is worried about the baby at the Corinthos mansion, Carly tells Sonny the nightmare she had and that it felt so real. The phone rings and it’s Ava Jerome (Maura West) at the front gate. Sonny says he will handle it, but Carly wants to stay. Sonny says he’s surprised she’s out of jail for attempted murder. Ava asks to see her daughter Avery and Sonny says she is at the zoo with Josslyn.

Alexis stops by the Corinthos mansion and tells Carly that she needs to keep an eye on Lucas. Harmony shows up at Shiloh’s hospital room where Margeaux confronts her and says she is probably going to be charged. Harmony goes into his room and tells him that he does have a baby out there.

Margeaux runs into Laura and says that she has decided to resign as DA.

Jordan is rolled down the hall into surgery as she says goodbye to Curtis….flash to preview…