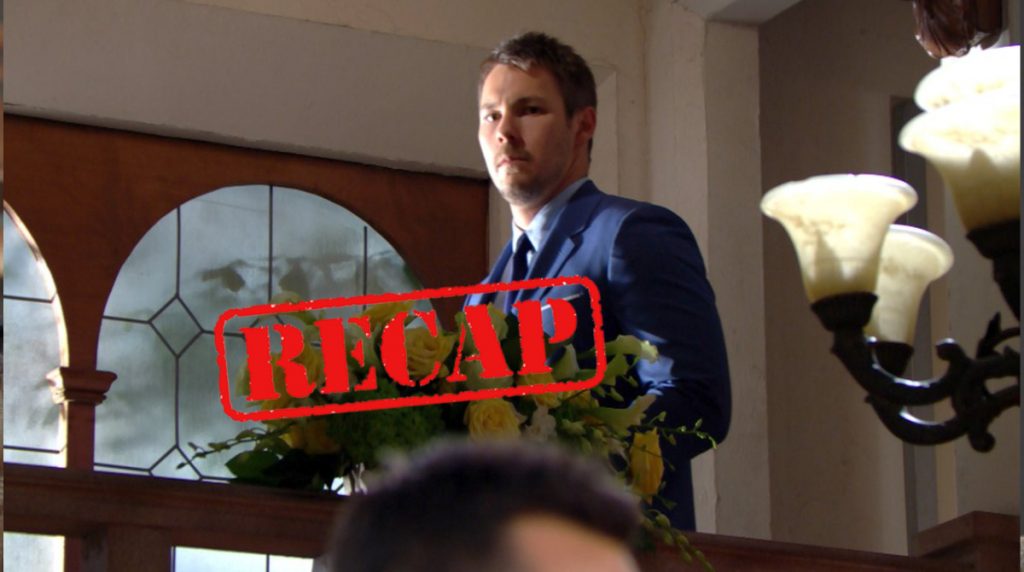 The Bold and the Beautiful recap for Monday, July 22 finds Liam Spencer (Scott Clifton) listening in on a conversation between Thomas Forrester (Matthew Atkinson) and Flo Fulton (Katrina Bowden). Also, Hope Logan (Annika Noelle) thinks that Phoebe interrupting her wedding might be a sign while Zoe Buckingham (Kiara Barnes) tries to keep Flo from stopping the wedding.

It begins at Forrester Creations, where Zoe tells Flo that she’s been drinking too much before the wedding. Flo says she will hire a driver to the wedding and that she wants to put a stop to it. Zoe tries to diffuse the situation and they talk about whether Hope might be making a huge mistake with Thomas. Flo thinks that her cousin deserves to know the truth. Zoe protests.

After Phoebe calls out ‘Mama’ Hope hesitates. She wonders if she’s making the right decision. Steffy Forrester (Jacqueline MacInnes Wood) apologizes for her daughter. Despite what had happened, Thomas presses on and the two exchange their vows and wedding rings. Eric Forrester (John McCook) tells Hope that Douglas Forrester (Henry Joseph Samiri) is very lucky to have her as his new mother. In the next room, Brooke Logan (Katherine Kelly Lang) and Liam talk about how Thomas might have manipulated Hope in all of this.

After the ceremony, Steffy gives Thomas a hug. Liam says that he hopes that Hope will be happy now. Steffy says that even though Phoebe was trying to pull towards Hope, she knows that Steffy is her mother. Hope goes upstairs to spend a little time on her own. Flo arrives and she’s still drunk. Thomas tells Brooke that once she sees just how happy Hope is, she will finally support them as a couple.

Thomas confronts Liam and tells him that Hope is his wife now and that there’s nothing he can do about it. Liam goes upstairs to check on Hope and sees her staring in the mirror. They talk about how she might be making a mistake here. Liam holds her. Ridge Forrester (Thorsten Kaye) doesn’t like it when he hears that Liam and Hope are alone together. Thomas then confronts Flo.

Bold and the Beautiful Spoilers: How Will Thomas Be Stopped? https://t.co/HlqknoNcr7

She tells him that now that they are married, they should be more open and honest. Thomas looks aggravated by her. She can’t believe that Thomas didn’t say anything when Phoebe called Hope mama. Thomas tells her that she better keep this secret to herself and at least until the day she dies. He is clearly threatening her now. Liam comes in the room and asks them what secret are they talking about. Both Thomas and Flo look back at him, stunned.