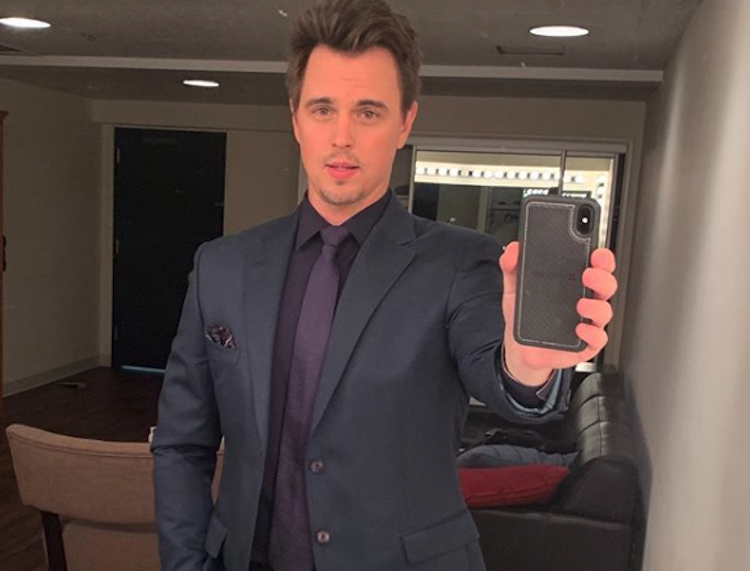 Darin Brooks has been keeping himself busy on and off “The Bold and the Beautiful.” He may not be at the forefront of the baby swap storyline but he caught the attention of many viewers when he got involved not just one but two women in the soap. As the drama unfolded in the sudser, the actor managed to find time to do other projects. These include “My Sister’s Deadly Secret” and “DNA Killer.”

Brooks joined the cast of a Lifetime film that aired last November and revealed that he also appeared on another movie for the same cable outlet.

“I did a few of those [movies] when I had some time off at BB or when I wasn’t heavy in the story,” he said.

“The first one that aired was My Sister’s Deadly Secret (AKA The Missing Sister). I had a small part in that…I was the cousin of the lead guy and I played a detective on the police force,” he continued.

Brooks also revealed that he did another movie that’s expected to come out next year. In the film, originally called “DNA Killer,” Brooks said he plays a Will on the film, which is a much bigger role. His alter ego is the brother of the lead character that’s portrayed by Brooke Nevin. Brooks admitted he had fun doing the film and found it “very different from doing soaps.”

Viewers know that a lot of things have happened to Wyatt this year. After breaking up with Katie Logan (Heather Tom), he hooked up with Sally Spectra (Courtney Hope). Later he found out that Sally kept Thomas’ Forrester (Matthew Atkinson) plans from him. He felt betrayed and decided to break up with her.

He then got involved with former flame, Flo Fulton (Katrina Bowden). But she had secrets of her own, which are much bigger than what Sally kept from him. When he found out that she had something to do with the baby Beth swap scheme, he immediately showed her the door. Not long after, he reunited with his previous girlfriend, Sally.

There’s nothing new about Liam Spencer (Scott Clifton) being the first in almost everything and Wyatt always coming second. Will Sally’s recently blunder cause a rift between the two siblings? Viewers know that she misspoke and called Wyatt the name “Liam.”

Despite that, Wyatt still shares a close relationship with his brother even though he always gets Liam’s “hand-me-downs.” There are instances when he feels that he’s not good enough when compared to Liam, which is the kind of storyline that Brooks loves to play.

Be sure to tune in to catch up on everything happening with B&B right now. Come back here often for The Bold and the Beautiful spoilers, news, updates, and rumors!

The Young and the Restless Spoilers: Villy Issues Questionable But Are Billy’s Problems Preventable?

General Hospital Sneak Peek: Carly Has A Big Secret – Will Sonny Find Out The Truth?