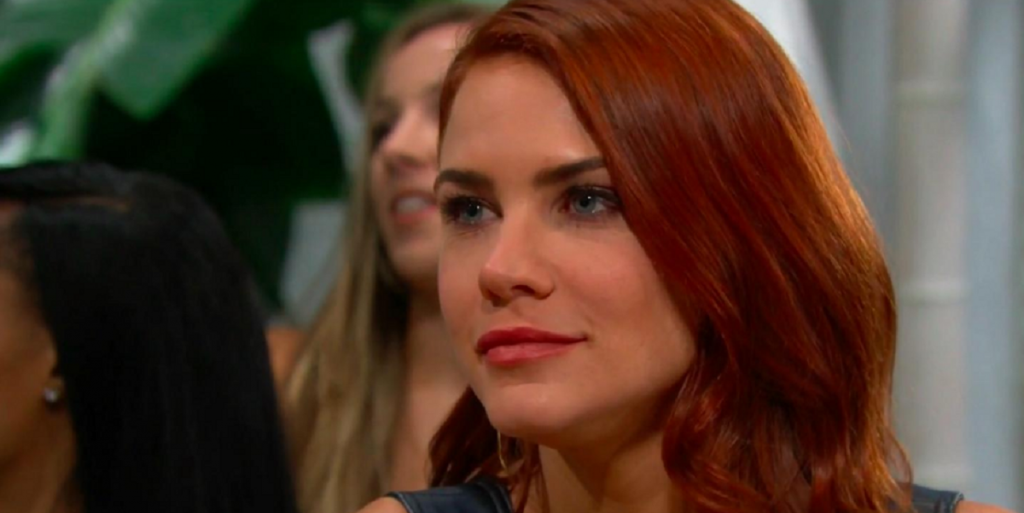 The Bold and the Beautiful star Sally Spectra, known as Courtney Hope in real life, is set to appear in one of Hallmark’s Christmas movies. The actress joined the cast of A Merry Christmas Match as Victoria. The film is set to premiere on October 25, 2019.

The story focuses on Corey who second-guesses her decision to stay in town rather than follow her dream of becoming a theater director. All these thoughts were riled up after a man named Ryder visits her mom’s antique shop as she launches a Christmas pageant as a tribute to her late father.

The Bold and The Beautiful Spoilers: Sally Says Yes!

Back to The Bold and the Beautiful, spoilers revealed that Sally will make a huge decision, one that involves spending a lifetime with Wyatt Spencer (Darin Brooks).

Viewers may recall that Wyatt popped the question and proposed to her. Wyatt’s dramatic gesture shocked Sally as she’s been wanting to take things slow between them. She’s been quite unlucky when it comes to romance, so she wants to take things one step at a time.

But is Wyatt really ready to be with Sally? Not too long ago, he was head over heels with Flo Fulton (Katrina Bowden). But after it was revealed that Flo had a hand in the baby swap drama, Wyatt didn’t take too long to go running back to Sally.

Viewers may recall that Flo pretended to be the birth mom of baby Beth Spencer (River Davidson and Madeline Valdez), the child that Steffy Forrester (Jacqueline MacInnes Wood) adopted. It was eventually discovered that Beth is Hope Logan (Annika Noelle) and Liam Spencer’s (Scott Clifton) child.

Wyatt immediately dumped Flo after he found out about her deception and it made him rethink his earlier breakup with Sally. Now, he wants to be with Sally and give their relationship another shot. But it’s not just that, he wants to take it up a notch, thus the proposal.

This isn't good. Shauna and Thomas team up to break up #Bridge on #BoldandBeautifulhttps://t.co/9mlk1b7FZU

He wanted to prove that he’s serious this time, in a dramatic way. According to the spoilers, it seems like Sally will say yes, and they will be officially engaged. But the question remains. Is Wyatt really over Flo? Or is he overcompensating and just wants Sally to fill the void that Flo left when he decided to break up with her?