It looks like a day doesn’t go by that Prince Harry and Meghan Markle aren’t criticized for something they do, something they wear, or even the places they go. This time around there’s a report that says the Duke and Duchess of Sussex are being slammed for taking an under-the-radar trip to Ibiza with their 3-month-old son, Archie Harrison. And that’s not because they are taking a vacation, but rather how they got there. Here’s what you need to know.

The Environment And Celebs

Just last month reports said that Prince Harry made a very passionate speech about how citizens of the world should do a better job of taking care of the planet. He made his comments in front of a star-studded crowd at Google’s super-secret Camp in Sicily.

This, of course, was also the same place where the so-called celebs took their private jets and multi-million dollar yachts to get there. The media called it highly hypocritical for the celebs to preach about saving the planet when they were doing their part in making it worse with their jets and yachts. 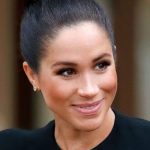 Well, it looks like Prince Harry and Meghan Markle are no better. That’s because reports say that the royal couple took a private jet from London to Ibiza. Of course, this isn’t the first time that the Duke and Duchess of Sussex have taken a private jet to zigzag across the world.

Meghan also reportedly took a jet for her star-studded baby shower in New York City back in March. The cost of the flight was an estimated $100,000 and it has been noted that the plane belongs to one of Meghan’s close friends from Toronto, who covered the cost for the then-pregnant royal.

Did Meghan Markle Step Into A Snake Pit With The Royal Family? https://t.co/LLasDQHDKX pic.twitter.com/nrWdJ5pd4l

The Sussex Way Of Travel

According to Fox News, royal expert and author Katie Nicholl thinks that the Sussexes aren’t doing themselves any favor by using a private yet for their personal trips. She said, “It is a little unfortunate it was so high profile and she was seen flying in and out on a private jet. But it would have been privately funded and nothing to do with the British taxpayer, so I see no reason for her not to have fun and enjoy it all, which she obviously did.”

So far Buckingham Palace has not made any comments about the Ibiza trip.