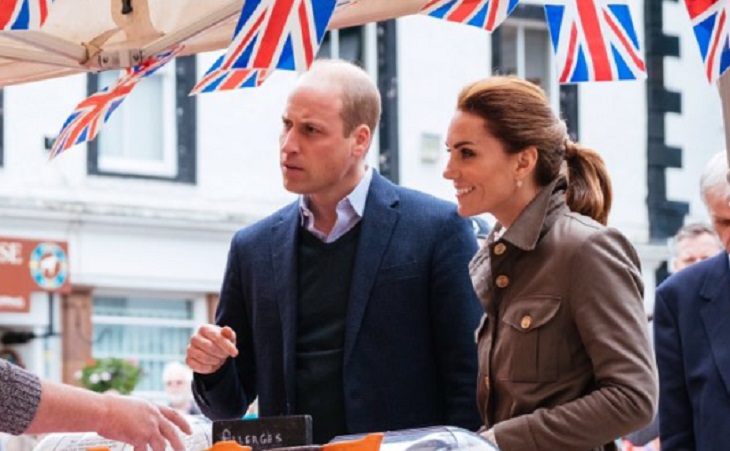 Kensington Palace is expected to release details about Kate Middleton and Prince William’s official visit to Asia in a few weeks. Little is known about Prince Harry and Meghan Markle’s trip to Africa.

When the announcement is made it is expected that Sri Lanka will be one of the countries on the list of stops. Paying respects the families of the 258 victims of the terrorist attack on Easter Sunday should be high on the list of priorities.

Sources speaking with the Daily Mail anticipated other countries on the Duke and Duchess of Cambridge tour of Asia will be Malaysia, Singapore, Bangladesh and India. Kate and William officially represented the Queen on a tour of India the spring of 2016.

🍃 On @CBBC’s Blue Peter The Duchess of Cambridge got stuck in with pond dipping, planting and team den building with local children and Blue Peter presenter @Linds_BluePeter.

📺 Tune in to @CBBC to watch the special film at 5.30pm on Thursday 13th June. pic.twitter.com/TFkGh6gXwD

Outcry over human rights violations make Brunet an unsuitable country deserving of a visit from the Duke and Duchess of Cambridge. Don’t expect the Kate Middleton and Prince William to represent the Queen in China.

William’s 2015 visit to China ended in embarrassment for the patron of the Tusk Trust. The Duke of Cambridge had hoped to bring heightened awareness for the fight to conserve and save endangered species. Asian elephants are classed as endangered.

Unbeknownst to Prince William, the Wild Elephant Valley animal sanctuary routinely mistreated elephants. The pachyderms at the conserve are often shackled and used to entertain visitors. The Duke of Cambridge did not issue a statement regarding the official visit to China.

Meghan Markle and Prince Harry will visit the African continent sometime in October. Specific dates have not been released. The Duchess of Sussex is not expected to return to work following maternity leave until the end of September, possibly not until mid-October.

The Duke of Sussex is expected to tour Malawi, Angola and South Africa with the Duchess of Sussex. Prince Harry continues the work begun by Princess Diana to increase deadly land mine awareness in Angola.

TRH The Duke and Duchess of Sussex are excited to announce that they have been asked to carry out a tour to Southern Africa this autumn. The Foreign and Commonwealth Office have requested a visit to South Africa 🇿🇦 as well as The Duke carrying out visits to Malawi 🇲🇼 and Angola 🇦🇴. His Royal Highness will also do a short working visit to Botswana 🇧🇼 en route to the other countries. The Duke and Duchess are really looking forward to meeting so many of you on the ground and continuing to raise awareness of the high impact work local communities are doing across the Commonwealth and beyond. This will be their first official tour as a family!

Archie Harrison, born on May 6, may accompany Meghan Markle and Prince Harry on the couple’s Royal tour of Africa.

No doubt Meghan Markle’s wardrobe during the trip to Africa will be compared to Kate Middleton’s wardrobe for the tour of Asia. Expect the Royal wives to be criticized at every turn.

William and Kate, Harry and Meghan, are finally stepping up their Royal duties. Royal watchers may be inclined to say it’s about time.