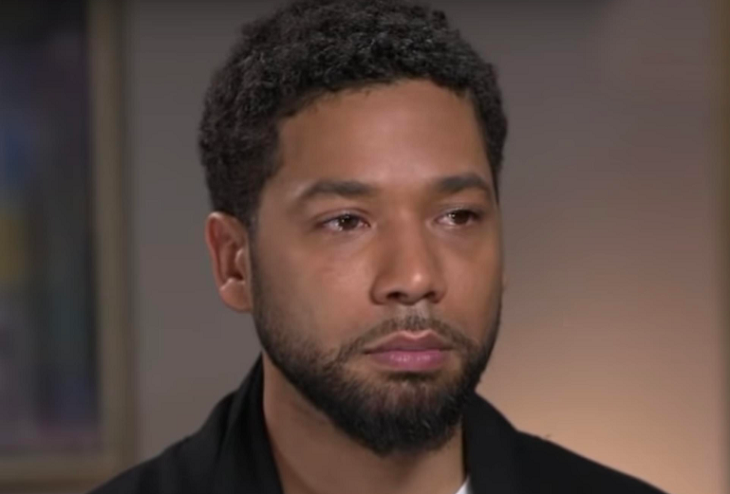 It looks as though things are just going from bad to even worse for Empire actor Jussie Smollett (Jamal Lyon). There are new reports that the television star has been fired from his Broadway play.

The actor claims that he was attacked by two random men who allegedly tied a noose around his neck, poured bleach on him and shouted racial and homophobic slurs. But it was later found that Smollett might have staged the entire attack himself. He had previously pleaded not guilty to 16 felony disorderly conduct charges.

Smollett was supposed to begin production on a play called Take Me Out. His casting was supposed to be announced last month but apparently “everything shifted” after evidence alleged that he staged his own hate crime in Chicago back in January.

The actor was supposed to play a character by the name of Darren Lemming. He’s a “mixed-race baseball player who comes out as gay at the peak of his career and ultimately suffers an attack by a teammate hurling racial and homophobic slurs,” according to Pop Culture.

But that’s not the only problem Jussie Smollett is facing right now. The city of Chicago has handed the actor a $130,000 bill. The money would cover the cost and the time wasted on the investigation. His lawyer Mark Geragos claims that Chicago police’s insistence that Smollett “filed a false police report and orchestrated his own attack is false and defamatory.”

Geragos also threatened that he will request the case files and sworn depositions of everyone involved in the case, including Chicago mayor Rahm Emanuel, Police Superintendent Eddie Johnson and the Osundairo brothers.

Smollett Has Maintained His Innocence Throughout The Entire Ordeal

Throughout this entire ordeal, Smollett has maintained that he is innocent. Smollett also said that he would like to return back to work, even though his Empire character has been cut from the rest of the current season. The producers of Empire haven’t said though if he will be returning back on the set anytime soon.

When your ex has the audacity to show their face. 👀🤡 #Empire pic.twitter.com/VyHVP6OE1o

So far Jussie Smollett hasn’t made any comments on the matter. He also hasn’t said anything about being cut from his Broadway play. Needless to say, things aren’t looking very positive for him right now.

General Hospital Spoilers: Is This The End Of Dawn Of Day?