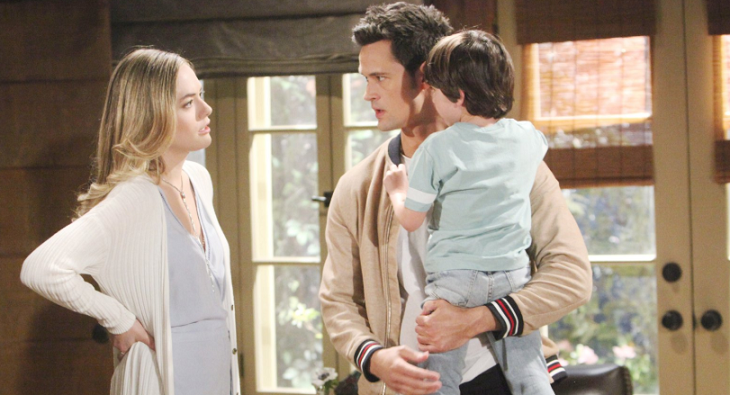 The Bold and the Beautiful (B&B) spoilers tease that Thomas Forrester (Matthew Atkinson) will feed into Hope Logan’s guilt when she tells him she cannot get past the heavy feeling of stealing Liam Spencer (Scott Clifton) from his daughters (Phoebe and Kelly). She cannot imagine them growing up without him being there every day.

Thomas understands why she would feel that way as children need both their parents in the house. Hope turns to Thomas with a tormented look on her face. She, clearly, will push Liam and Steffy back together by the sound of it. Here’s what you need to know about what’s ahead on B&B.

Even though Kelly and Phoebe aren’t her kids (or so she thinks), she still wants what is best for them both. She thinks it would be better for them if Liam was living under one room with them and Steffy Forrester (Jacqueline MacInnes Wood). 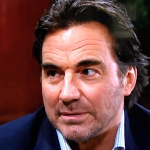 Of course, Liam will object to this notion, protesting that he can be a great day and live separate from them. However, Hope feels strongly about it and she wants Liam to pursue it.

As if Thomas’ intentions aren’t clear enough, he makes them even more known (if that’s possible). He lets Hope know that she is doing the right thing by pushing her husband away and suggests she should get him to go to Paris to surprise Steffy and the girls.

He makes it seem like Liam should be the one that tells Steffy that Flo Fulton (Katrina Bowden) is Storm Logan’s (William deVry) daughter. Of course, Hope will agree with him and decides to tell Liam to pack and go right away.

Hope’s guilt is driving her to make bad decisions and rush to push her husband to reunite with his ex-wife. It won’t end well and many B&B fans are hoping it all blows up in Thomas’ face as he seems to be pulling the strings.

Bold And The Beautiful Spoilers: Liam Challenged By Life With Hope – Is Steam Reunion Closing In? https://t.co/xxqXCEBUmx pic.twitter.com/yIG1FKoqsn