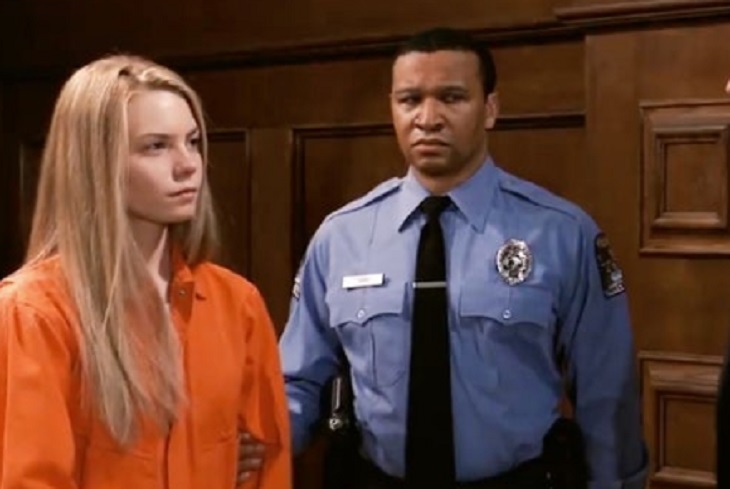 General Hospital (GH) spoilers for the week of Monday, June 10 through Friday, June 14, 2019 reveal Shiloh (Coby Ryan McLaughlin) will be busy while he talks out of both sides of his mouth. Unfortunately for Sam McCall (Kelly Monaco) Shiloh continues to be a part of her life, taunting her.

Shiloh’s followers are struggling. Harmony (Inga Cadranel) firmly believes in Shiloh, hoping he will rescue her this week, just as the cult leader bumps into DA Margaux Dawson (Elizabeth Hendrickson). How will Shiloh deal with her betrayal?

GH sources tease that Detective Harrison Chase (Josh Swickard) learns the shocking secret that Harmony is actually Willow Tait’s (Katelyn MacMullen) mother. Chase will also struggle with his conscience this week, but in spite the temptation, he chooses to stick to the law. Michael Corinthos (Chad Duell) will prove that he is a great friend, when he attempts to comfort Willow. How will Chase feel about Michael and Willow growing so close?

Meanwhile, Julian Jerome (William deVry) will continue to try to ease son-in-law, Brad Cooper’s (Parry Shen) nerves as they continue to hide the lies about baby Wiley. Will Brad’s uneasiness raise more red flags for his already suspicious husband, Dr. Lucas Jones (Ryan Carnes)? Carly Corinthos (Laura Wright) will go to see her brother Lucas as everyone prepares for the worst from Shiloh, if he finds out that it is believed Wiley is his biological son.

General Hospital spoilers show that Sonny Corinthos (Maurice Benard) is not a man who can sit on his hands and wait for things to happen; he will take matters into his own hands, but what will be the consequences?

PCPD Police Commissioner, Jordan Ashford (Briana Nicole Henry) is awake and recovering after her kidney transplant surgery; but this doesn’t stop her from being extremely frustrated with her husband, Curtis Ashford (Donnell Turner) causing them to have a major confrontation.

In other GH spoilers, Drew Cain (Billy Miller) attempts to help Dr. Kim Nero (Tamara Braun), while they both struggle over the grief of losing their teenage son, Oscar Nero (Garren Stitt). Sam looks on the brighter side of things, but for how long? In a twist, Nelle Benson (Chloe Lanier) has a visitor that she definitely wasn’t expecting.