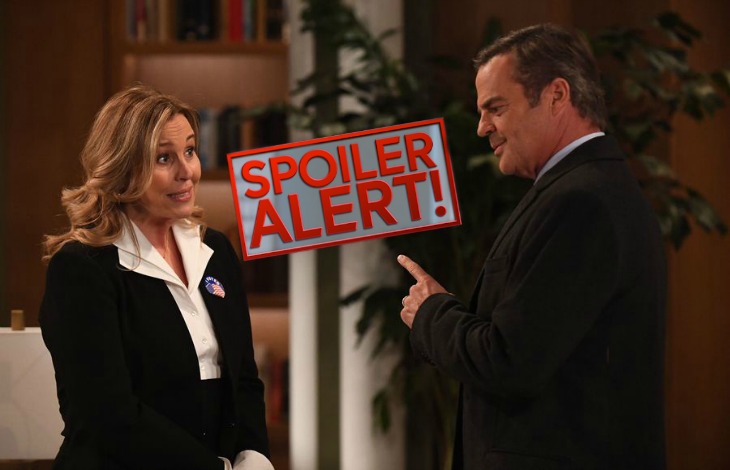 General Hospital (GH) spoilers for the week of Monday, January 7, 2019, through Friday, January 11, 2019 tease that we will have a week filled with confrontations, elections, and let’s not forget plenty of drama. We have a very exciting week heading our way and you will not want to miss a moment of the action!

This week, Kim Nero (Tamara Braun) will lay into Alexis Davis (Nancy Lee Grahn) after being dumped by Julian Jerome (William DeVry). Kim will feel like Julian and Alexis has some unfinished business and will be under the impression that they slept together which causes her to get into a very heated argument with Alexis.

Alexis will try to let Kim know that nothing is going on between her and Julian, but Kim will not buy it. Kim will be on edge and has had enough and will lash out. Do you think maybe all the stress that Kim is under has to do with the way she is acting? Do you think she will end up apologizing to Alexis?

WATCH: Laura and Ned face off, Jordan's on the hunt for a serial killer, and Stella prepares Mike for his new reality. Happy Friday! #TGIF #GH55 pic.twitter.com/6tz4FKcuLP

Meanwhile, Election Day will be coming up and Port Charles will have to either select Ned Quartermaine (Wally Kurth) or Laura Spencer (Genie Francis) as it’s leader. Ned realizes it is going to be a really close race and if he loses at least it is to someone that he respects. Laura does have a lot of people backing her and very impressed with her ideas. Ned and Laura will square off once more in the court of public opinion. Who would you GH fans like to see as the next mayor of Port Charles?

For The Other Residents Of Port Charles …

Anna Devane (Finola Hughes) will get a second chance. As you can see we have a very eventful week coming up, so make sure to stay tuned to ABC’s General Hospital. Don’t forget to check often with Soap Opera Spy for all your latest spoilers, news, updates, and much more!