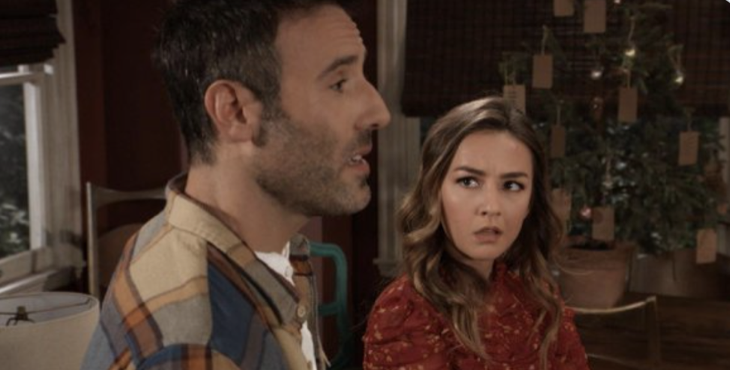 General Hospital spoilers tease that Shiloh/Hank (Coby Ryan McLaughlin) is not someone out to help people improve their lives, he’s just a lying liar who lies, and could have even been involved in the memory-mapping project on Cassadine Island! Savvy GH viewers have caught him in lies several times already; first he claimed he wasn’t that good at pool to Jason Morgan: (Steve Burton), and then after he left he aced it like a shark; he talked to Drew Cain (Billy Miller) about his son Oscar Nero (Garren Stitt) being in the hospital, then talked to Kristina Corinthos-Davis, (Lexi Ainsworth) Jason, and Sam McCall (Kelly Monaco) like he didn’t know Drew was Oscar’s father!

He also dropped a strong hint to Sam that he may be the one behind her “voices from the past” when he mentioned changing his own name to leave his past behind! This guy is definitely a wolf in sheep’s clothing and not to be trusted! Krissy and Oscar could be in danger from him, rather than protected by him!

One has to wonder how he finances his “ministry”, given his book is not for sale. He and the other members of Dawn of the Day just give them away. It costs money to have a large bunch of books put together and printed, and as far as has been revealed, they don’t solicit donations, although they do seem to actively recruit members! The house itself seems to operate like an old-style hippie commune, where everyone contributes something whether it be money or time, and all share in the resources.

Jason and Sam don’t trust him, Drew is suspicious and Curtis offered to check him out. Some GH viewers have thought he may be a minion of either Helena Cassadine’s (Constance Towers) or Cesar Faison (Anders Hove) back to finish some dirty work with either Drew or Jason or both, but then how does Sam fit in?

It’s possible he’s also a relative of one of her old cons when she was marrying rich old men and making off with all of their money! It sounds like Shiloh is a man that’s like an octopus, with his tentacles into many different situations and storylines! Stay tuned to GH and check General Hospital spoilers frequently to see who Shiloh and his Dawn of the Day cult really are, because it’s likely to be a front for some very nefarious goings-on!

Bold and Beautiful Fans React To Hope’s Loss, ‘No One Wanted This!’ – Episode Heartbreaking To Watch