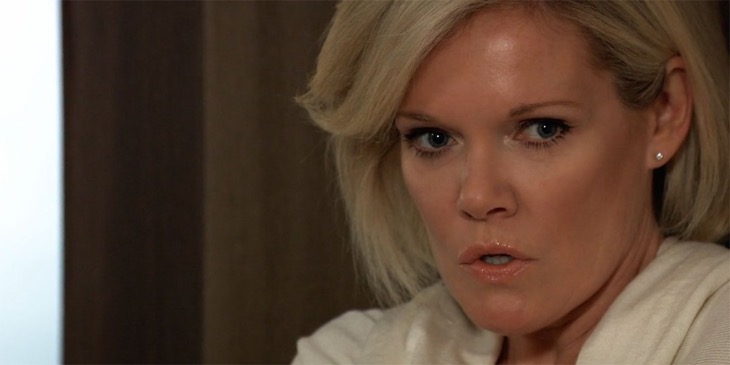 General Hospital (GH) spoilers for the week of Monday, April 22, 2019, through Friday, April 26, 2019 tease that we will have a week filled with some join forces, an investigation takes place, and let’s not forget plenty of drama. We have a very exciting week heading our way and you will not want to miss a moment of the action!

This week, Ava Jerome (Maura West) will be convinced that Ryan Chamberlain (Jon Lindstrom) is alive and she, Laura Webber (Genie Francis), and Kevin Collins will join forces against him. Ava will have Kevin to pose as her lover to play on Ryan’s jealousy and lure him out of hiding. Kevin will agree to do this because he wants to make amends. Kevin will not want to do anything that will undermine Laura and he is working on gaining her trust back so he will get the green light from her first. Do you GH fans think Ava’s plan will work? Do you think Ryan is really alive?

Meanwhile, Chase Harrison (Josh Swickard) will be investigating Kristina Davis’ (Lexi Ainsworth) disappearance and will try to get information from Michael Corinthos (Chad Duell). Chase will not get very far with Michael. Michael will not want to give away too much information because in his eyes he is looking out for his family first and foremost and knows Chase is the law. 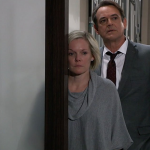 The cops will grow more concerned when Kristina gets her hands on Alexis Davis’ (Nancy Lee Grahn) phone and makes a call to Valerie Spencer (Paulina Begumbe). Alexis will snatch the phone away before Kristina can divulge too much. Chase and Val will feel as if Kristina is calling asking for help and knows things are not making sense. They will plan to open an official investigation. Do you GH fans think they will get to the bottom of what is going on?

Weekly GH Spoilers: For The Other Residents Of Port Charles …

As you can see we have a very eventful week coming up, so make sure to stay tuned to ABC’s General Hospital to see how this all unfolds. Don’t forget to check often with Soap Opera Spy for all your latest spoilers, news, updates, and much more!