General Hospital Spoilers: Will Nelle Get A Job At Turning Woods When She Gets Out On Parole? 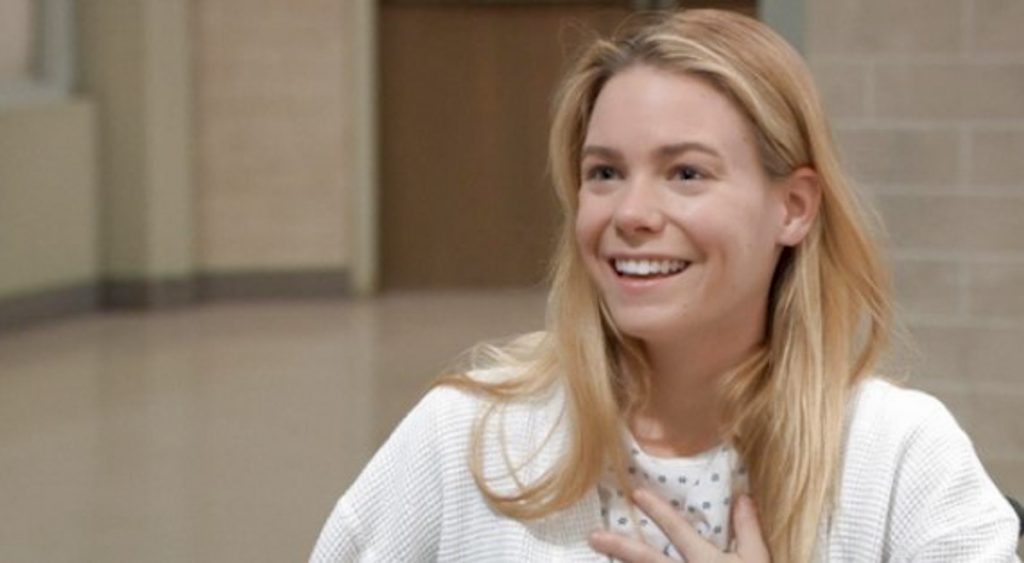 General Hospital spoilers tease that Nelle Benson, (Chloe Lanier) like Lorraine “Harmony” Miller (Inga Cadranel) will have certain conditions to meet once she is paroled from Pentonville Prison. Harmony is living in a halfway house and has to get a job and wear an ankle monitor, but she is on early release due to overcrowding. However, as GH viewers know, Nelle is much closer to the end of her sentence than Harmony was. Might she get a job at Turning Woods when she gets out?

There are several reasons Nelle might want to check out Turning Woods for employment. For one thing, practically no one would hire Nelle due to her obviously infamous reputation! General Hospital is out – Michael Corinthos (Chad Duell) is on the hospital board, for one thing, and even if he weren’t, Monica Quartermaine (Leslie Charleson) who is the GH Chief Of Staff wouldn’t allow it – not even as an orderly!

Ferncliff might hire her, but she wouldn’t want to work there having been a patient there for a little while, keeping Ryan Chamberlain’s (Jon Lindstrom) room “warm” while he had his twin brother Dr. Kevin Collins (Jon Lindstrom) stashed elsewhere when enquiring minds wanted to know who the mystery patient tapping Morse Code on the wall to Carly Corinthos (Laura Wright) was! 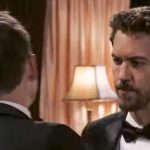 Carly won’t hire her anywhere, obviously, and neither would Valentin Cassadine (James Patrick Stuart)! Ava Jerome (Maura West) has Trina Robinson (Sydney Mikayla) doing quite well as an intern, so she wouldn’t even help her. Charlie’s Pub is out too, since Julian Jerome (William DeVry) knows she’s Wiley Cooper-Jones’ (Erik and Theodore Olson) birth mother! He won’t want her anywhere near!

Turning Woods may be the only place that her dubious reputation would not precede her, and since there is both a long-term rehabilitation wing and a wing for Alzheimer’s patients, that’s a lot of laundry to be done! She does laundry at Pentonville so that might be the best place to work for Nelle. It’s easy and it’s behind the scenes where she can get away with all kinds of mischief!

GH Spoilers – Mike Corbin Is In Turning Woods, But So Is Lucas Jones

As General Hospital viewers could tell by the goals board Nelle put together on her cell wall, her long term goal is to be a mother to Jonah and to get him back. However, she may not be able to do so legally in a custody fight, at least not yet. Nelle will want to avoid being too obvious so that she can sneak a peek at him where she’s not noticeable, and possibly at the right time, when she’s gotten enough money to go on the run, then maybe try a baby snatch!

Turning Woods, doing laundry, might be the perfect place. Mike Corbin (Max Gail) is in the Alzheimer’s wing, which increases the chance of the Corinthos family spotting her in any other job such as orderly, but Lucas Jones (Ryan Carnes), one of Wiley/Jonah’s adoptive fathers, has been transferred recently to the long-term rehabilitation wing since although he can breathe on his own, he unfortunately slipped into a coma after doctors brought him out of the medically induced one. That would be a perfect opportunity to see Wiley/Jonah when Brad or even Michael come to visit.

Most likely they won’t want Wiley to see Lucas in that type of shape, but that doesn’t mean that they may not bring him in for a visit thinking it may be therapeutic for Lucas. There is a lot of medical evidence and stories documented from former coma patients that they are aware of what is going on around them even if they can’t respond! If Turning Woods does hire Nelle for their laundry facility, she will just bide her time until the right moment to snatch her baby and go on the run!

Bold And The Beautiful Spoilers: Thomas And Zoe Go The Distance – Is This Real Love Or Just More Mind Games?