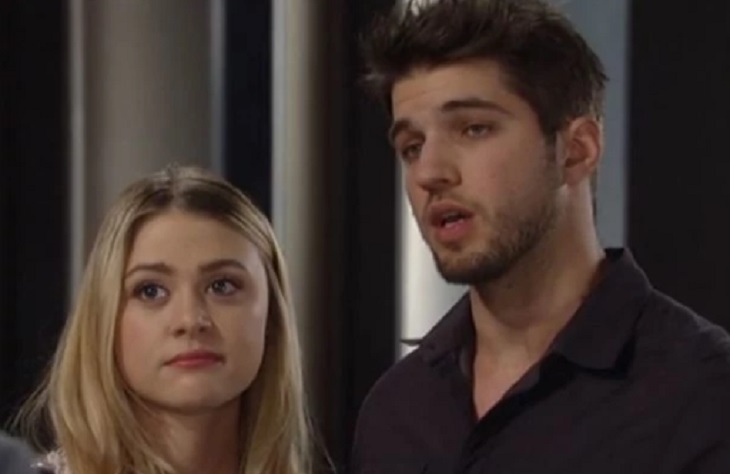 General Hospital (GH) spoilers for the week for February 25 reveal that Kiki Jerome (Hayley Erin) and Morgan Corinthos (Bryan Craig) could pop in for a quick visit. While they are both dead and cannot return permanently, GH writers aren’t completely ruling out a ghost appearance in the near future.

The pressure is building for Ryan (Jon Lindstrom) to be caught as Port Charles’ terrifying serial killer. Ava (Maura West) believes that he’s Kevin (also Jon Lindstrom) and that he wants a life with her. She also believes they are going to get married and possibly move away.

Ryan told Ava that he will help her find Kiki’s murderer. Little does she know, Ryan is Kiki’s killer. Eventually, Ava will piece it together. She a smart woman and she has to be seeing some warning signs already.

When it comes out that Ryan killed her daughter, GH spoilers suggest Kiki will appear to Ava. It might be the closure she needs to move on and forgive herself for not treating her daughter well.

Carly (Laura Wright) recently found out she is having another baby. She is excited and cannot wait to bring another child into their home. Sonny (Maurice Benard) is not as gung-ho about having another child. He is concerned about Carly and how it will affect her, as an older mother.

Sonny’s attitude toward the pregnancy is stressing Carly out. He realizes that since Morgan died, Carly has felt something was missing in their family. He wants her to know that having another child will not replace Morgan and Carly knows this.

General Hospital – Craig Would Support A Recast Of Morgan

GH rumors suggest that Morgan will appear to Carly at some point in her pregnancy. Bryan Craig, the actor who plays Morgan, told ABC Soaps In Depth that, at this time, he doesn’t have the time to return, but he is willing to “in the future.”

Craig also revealed that if they wanted to bring Morgan back full time, he would “fully support” the soap opera decision to recast the role. He feels like Morgan’s end was clear and it’s evident he is really dead, but, if the showrunners want Morgan back, he’d support that.

Would you like to see Morgan and Kiki return to visit their mothers? Don’t forget to come back for more General Hospital (GH) spoilers, news, and casting updates!

Bold And The Beautiful Spoilers: Wyatt Pushes Liam Towards A Steffy Reunion