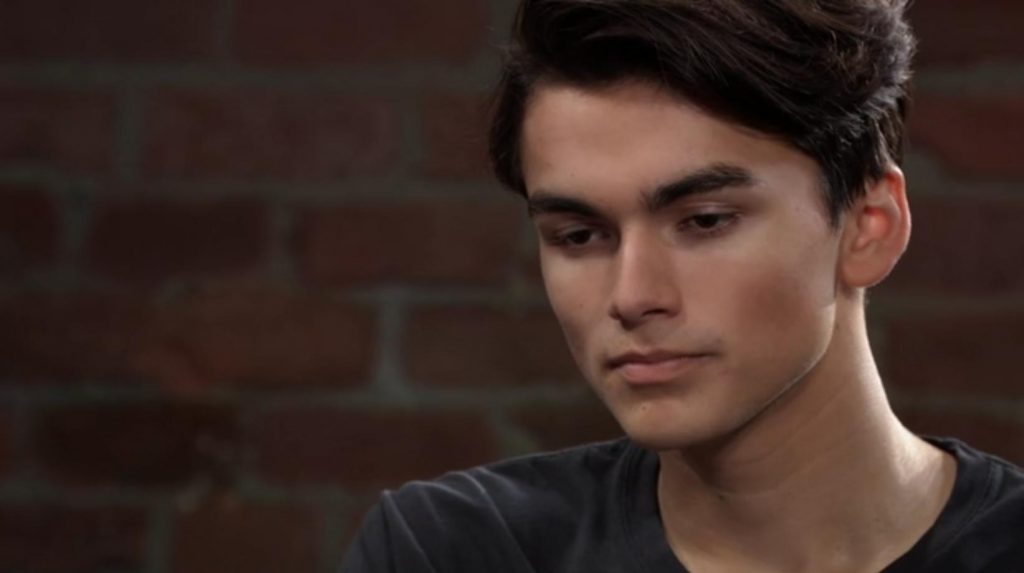 General Hospital (GH) spoilers tease that the Corinthos household will continue be embroiled in drama in the weeks to come. Dev’s (Ashton Arbab) continued presence has convinced Carly (Laura Wright) that he needs to be sent away to protect Josslyn (Eden McCoy). Carly feels that having to lie about Dev’s real identity is putting undue strain on Joss, although Joss seems perfectly ok with the situation.

But Carly has it in her head that Dev being in her household will lead to nothing but trouble. She has been talking to and getting brochures from Boarding Schools to send Dev to. Sonny (Maurice Bernard) isn’t on board with such a move but he may have to give in to Carly’s wishes to prevent undue stress on his pregnant wife. Unfortunately, Dev has overheard Carly tell Sonny that he needs to go.

Dev truly seems grateful to Sonny for all the things he has done for the young man. The last thing he wants is to cause drama for Sonny and his family. To that end, Dev has been looking at one way flights to Montreal. It sure seems as though Dev is going to leave, and be out of everyone’s hair. But the young man could be in grave danger from the people he saved Sonny from back in Turkey. Sonny won’t want to see any harm to the young man, so he will surely send someone to find Dev and bring him back. It may even require Jason Morgan (Steve Burton) to retrieve him.

Dev tends to fall back on his skills as a thief when on his own. He first encountered Sonny by picking his pocket. They were able to get past that and Dev and a huge help to Sonny in his mission to rescue Sonny’s son Dante (Dominic Zomprogna) in Turkey from a crime lord named Raj. Unfortunately, this resulted in Dev being in the crosshairs of Raj’s criminal organization. If Dev strikes out on his own, it’s only a matter of time before someone is Raj’s organization finds him and seeks revenge. Sonny knows this and won’t be able to let that happen. Hopefully Dev can be brought back safely before any harm befalls him. Carly won’t want to see Dev come to any harm, she just wanted him out of her home.

Meanwhile, Joss will hopefully convince Carly that having Dev around isn’t causing her any under stress. Joss seems to genuinely want Dev around, so hopefully she can make Carly see that so she will stop pushing for Sonny to send Dev away. Once Dev is found, hopefully they can all agree this is the new normal in time to start making preparations for Carly and Sonny’s baby to be born.

General Hospital Spoilers – What happens next?

Will Dev actually run away? Will he find himself in hot water with Raj and his organization? Will Carly come around and accept Dev as part of the Corinthos household? Should she? There are a lot of questions that need to be answered in the coming weeks, so stay tuned to General Hospital weekdays on ABC to see how it all plays out!

The Bold and the Beautiful: Darin Brooks Talks About Being a First-Time Dad