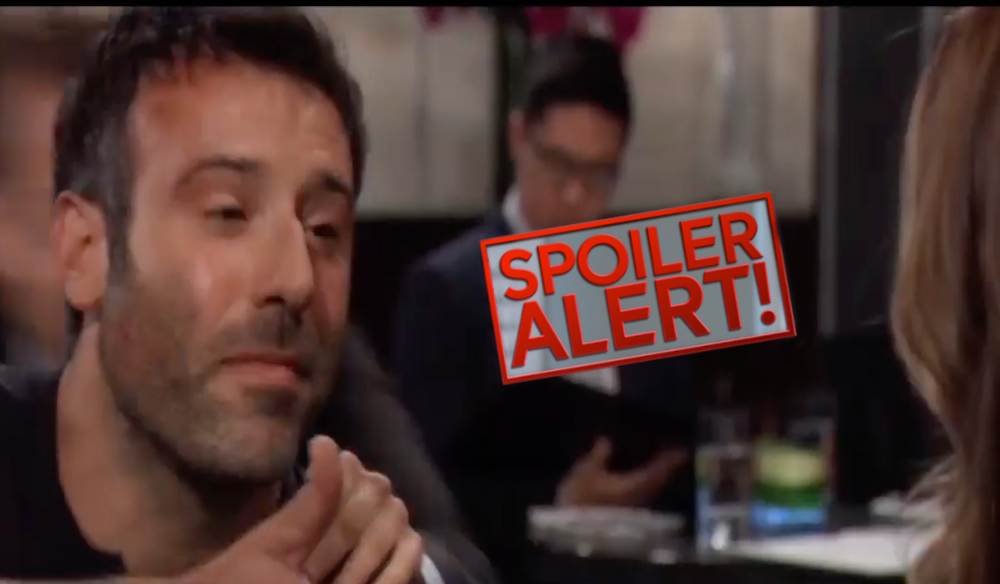 First, we see Cameron Webber (William Lipton) talking to someone about the day’s happenings. It looks like it could be Dev Cerci (Ashton Arbab) although all is shown in the preview is the back of his head. Cameron tells the person that Oscar Nero Quartermaine’s (Garren Lake Stitt) will is being read today.

Next, Drew Cain (Billy Miller) is pretty upset with Kim Nero (Tamara Braun) for what she did to him at the Haunted Star in Monday’s episode; she had snuck up on him, drugged him with something, stripped him down in the bed of a stateroom and intended to have sex with him while he was drugged so they could make another baby to fill the Oscar-shaped hole in her heart! Luckily, Julian Jerome (William DeVry) found her and stopped her before she was able to; but Drew remembered what happened. He tells her sternly that what she did last night crossed a line!

General Hospital Spoilers: Who Pushed Obecht Overboard And Tried To Kill Her?

Elsewhere, Carly Corinthos (Laura Wright) has some questions for someone. She wants to know what is stopping them from finding something here (it looks like she’s in the restaurant of the Metro Court). Perhaps she’s butting in on Ava Jerome (Maura West) and Sibley Gamble (Veronica Cartwright) as Sibley’s trying to channel Kiki Jerome (Hayley Erin)?

Meanwhile, Shiloh approaches Sasha Gilmore (Sofia Mattsson) as she sits at a table in a restaurant, and introduces himself to her. Someone comes out of nowhere and body slams him to the floor! It sounds like Michael Corinthos (Chad Duell) has saved the day yet again for a woman being approached by sleazy Shiloh!

At the Corinthos home, Jason Morgan (Steve Burton) approaches Brick (Stephen A. Smith) and Sonny Corinthos (Maurice Benard) and asks who is getting a new identity! As General Hospital viewers know, that would be Dev!