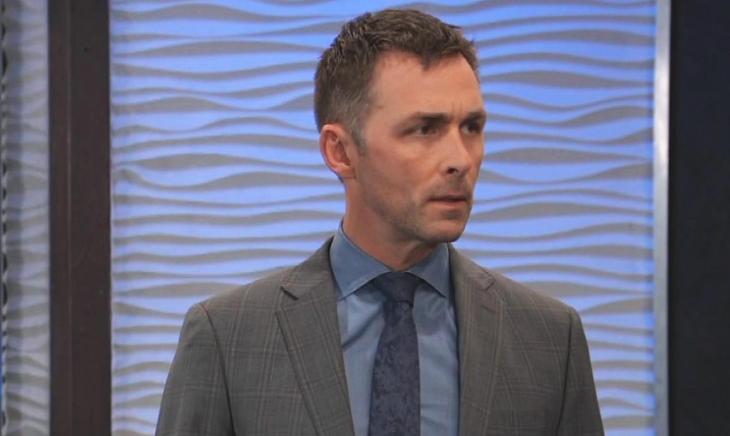 General Hospital spoilers tease that Valentin Cassadine (James Patrick Stuart) will be confrontational about something this week. There are several situations that could cause Valentin to get a little confrontational. The question is, which one, or will he get confrontational in all of them?

Other General Hospital spoilers tease that Michael Corinthos (Chad Duell) and Sasha Gilmore (Sofia Mattsson) will become even closer very quickly. So much so that an engagement could be announced at the Nurses’ Ball.

Valentin won’t much like the idea of Sonny Corinthos (Maurice Benard) possibly becoming an extended member of his family. He may confront Sasha about her relationship with Michael and try to convince her to cool it.

General Hospital Spoilers – Has He Created A Monster?

But as General Hospital viewers will suspect, she won’t cool it, she’ll just let it heat up even hotter! Maybe she’ll even leverage Valentin, telling him if he doesn’t back off, she’ll tell Nina Reeves (Michelle Stafford) the truth about his hiring her to play her birth daughter. Valentin might at that point feel like he’s created a monster.

Another situation may arise where Valentin, as well as Nina, could become confrontational. Other General Hospital spoilers tease that Willow Tait (Katelyn MacMullen) will snap at Nina. It is possible a parent-teacher meeting may be on the agenda for Valentin and Nina this week. It will be concerning Charlotte Cassadine (Scarlett Fernandez) and her progress in school.

Valentin and Nina may still be upset that they couldn’t bully the principal into putting Charlotte into an advanced learners’ program and had blamed Willow for it. Viewers will recall that Nina had even tried to get Willow fired over it. The principal had given Willow a warning.

General Hospital Spoilers – Like A Piano Ready To Drop

While it’s possible that Nina may encounter Willow elsewhere and get on her last nerve, causing Willow to mouth off at her, it’s possible that Valentin will be with Nina at the time and become confrontational with Willow over her snapping at Nina.

Of course, Liesl Obrecht (Kathleen Gati) and her mouth always loom over Valentin, like a piano getting ready to drop on his head. She too may notice Michael and Sasha getting closer. She may decide to put a few digs in to Valentin about Michael having been involved with women of questionable character (as far as Liesl is concerned) in the past. Lisel could also remind him that Sasha may out herself to Michael, and Michael in return out Valentin to Nina.

Maybe she’s got something else she needs to leverage Valentin to do. General Hospital viewers can easily see Valentin becoming confrontational over something like that!