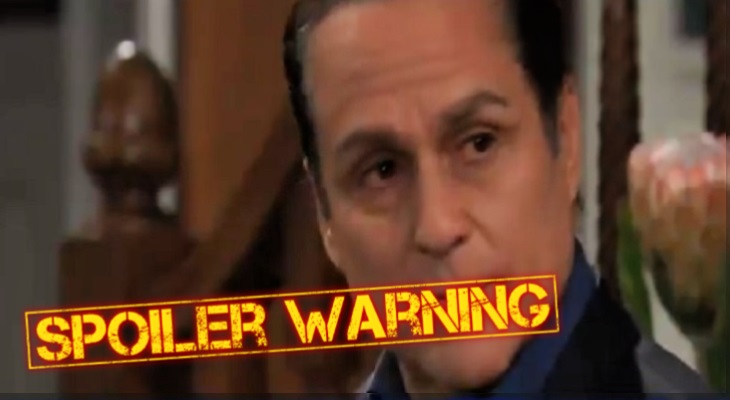 “General Hospital” spoilers for Thursday, January 24, tease that Franco Baldwin (Roger Howarth) will keep up the good work with Aiden Webber (Jason David). He’s been spending more time with the kid lately and it appears to be helping. Aiden’s coming out of his shell a bit, but his brothers remain concerned. Cameron Webber (William Lipton) knows it’s harder to make feel Aiden loved and protected outside their home.

Likewise, Jake understands how the other kids are and that could play a role in his warning to Franco. “General Hospital” spoilers say Jake will shut down Franco’s new idea. He’ll think it’s crazy, so this may involve something that could make Aiden a bigger target.

Regardless, Franco will head to the kitchen again with Aiden. They’ll bake another batch of cookies as Franco urges Aiden to keep opening up. At GH, Oscar Nero (Garren Stitt) will assure his mom that he’s feeling better. He gave Dr. Kim Nero (Tamara Braun) quite a scare with his catacombs adventure, so he’ll want to explain himself. Oscar will insist that he just doesn’t want to die with any regrets.

Kim wants to make Oscar’s final days as meaningful as possible, but she also wants to make sure they indeed have those days. Oscar could’ve been killed and cost them the chance to truly say goodbye. Josslyn Jacks (Eden McCoy) will feel terrible about that in Thursday’s episode. She’ll apologize for her role in the drama, which also put Jason Morgan (Steve Burton) in grave danger. 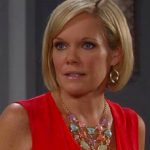 Fortunately, Sam McCall (Kelly Monaco) just rushed to Jason’s rescue. She’ll pull him from the icy water and ultimately breathe a sigh of relief. Jason’s going to be OK, but Sam will want to keep an eye on him. She’ll insist that Jason’s coming home with her and he won’t put up a fight. The rest of Jason and Sam’s evening will bring moments of tenderness as well as passion.

In the meantime, it seems Carly Corinthos (Laura Wright) will be brought up to speed on Jason’s latest nightmare. Carly won’t like what she hears, but she’ll just need a promise that Jason’s not dying. She’s used to Jason’s risky adventures by now! Carly will hope they can all put the catacombs chaos behind them.

Other “General Hospital” spoilers say Curtis Ashford (Donnell Turner) will request a meeting with Marcus Godfrey (Nigel Gibbs). Once they’re face to face, Marcus will wonder what Curtis wanted to talk about. Stella Henry’s (Vernee Watson) name may come up during this conversation. Curtis is always trying to watch out for Stella, even though she makes his life difficult sometimes!

Elsewhere, there’ll be some confusion over a marriage. Mike (Max Gail) will believe Stella is headed to the altar, but she’ll probably just be reminding him that Yvonne Godfrey (Janet Hubert) has a husband. Of course, Stella and the others aren’t pushing the issue anymore. It’s not like Mike’s going to remember in 10 minutes anyway, so there’s no point in offering a lengthy explanation.

Mike is going downhill fast, so Sonny Corinthos (Maurice Benard) will think there’s only one choice here. He’ll determine that his dad has to become a full-time Turning Woods resident. It’s the only way to keep Mike safe and ensure the Corinthos clan’s safety, too.