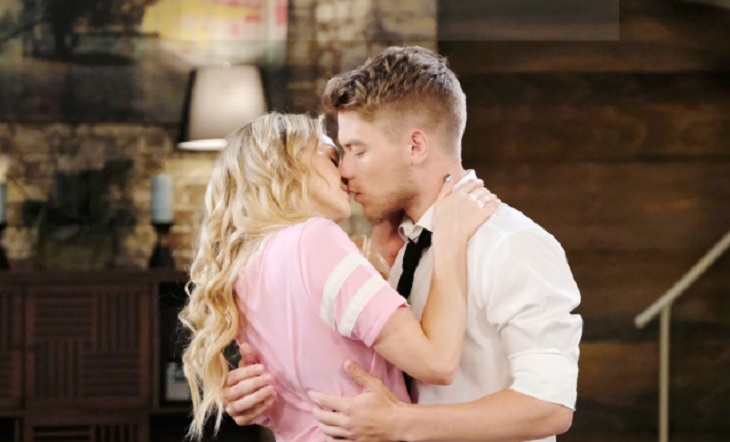 “Days of Our Lives” spoilers for Thursday, January 24, tease that Claire Brady (Olivia Rose Keegan) will be on cloud nine. She’s been trying to get closer to Tripp Dalton (Lucas Adams) for months and it’s finally happening. In fact, Tripp and Claire may be moving toward a much deeper relationship. A tender moment will lead them to the bedroom, so Claire’s plans are working out so far.

Of course, DOOL drama is always just around the corner. Claire had better be ready for some trouble next week. In the meantime, Stefan DiMera (Tyler Christopher) and Chad DiMera (Billy Flynn) will await the CEO announcement. The board will ultimately decide to make them co-CEOs of DiMera Enterprises, but that’s not the outcome either of them was hoping for.

These brothers will realize sharing the title will mean constant conflict. Is that really what Chad wants to deal with day after day? Abigail Deveraux (Kate Mansi) already made it clear that she doesn’t approve of Chad’s living arrangements. He’s under the same roof as Stefan, so Abigail doesn’t want her kids in this monster’s orbit.

The closer Chad is to Stefan, the harder his reunion mission will be. Perhaps that’ll lead to the major sacrifice that’s coming up. “Days of Our Lives” spoilers say Chad will do something for the good of his family, so he might step aside and let Stefan take the CEO title back alone. Chad may promise to live somewhere else as well. He needs to create some distance here and make Abigail see that Stefan won’t be an issue.

Speaking of issues, Hope Hernandez (Kristian Alfonso) has certainly picked up on tension between Kate Roberts (Lauren Koslow) and Ted Laurent (Gilles Marini). The drink Kate threw in Ted’s face was obviously a huge tipoff! “Days of Our Lives” spoilers say Hope will have some questions about that on Thursday. She’ll grill Ted about Kate, but he’ll be more interested in talking about Hope.

Ted will convince Hope to have dinner with him soon, so she could be moving into dangerous territory. Back with Stefan, he’ll have a serious showdown with Gabi Hernandez (Camila Banus). “Days” spoilers say they’ll be at war over Gabi Chic again, so don’t miss all their hurled insults and threats.

It looks like another terrific episode is on the way. We’ll give you updates as other “Days” news and rumors emerge. Stick with DOOL and don’t forget to check Soap Opera Spy often for the latest “Days of Our Lives” spoilers, rumors, updates and news.