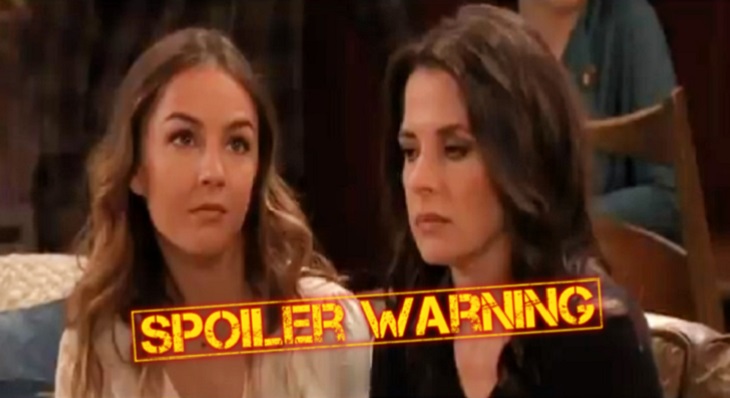 It looks like Nina and Valentin will remain on solid ground for now, but Valentin’s secret is a ticking time bomb. It’s just a matter of time until Nina learns the shocking truth about Sasha Gilmore (Sofia Mattsson) – her fake daughter. For now, Nina’s stepdaughter will be the one causing problems. It seems Charlotte Cassadine’s (Scarlett Fernandez) still acting out at school.

When Willow Tait (Kate MacMullen) spots Lulu Falconeri (Emme Rylan), she’ll insist on having another conference as soon as possible. Willow will want to discuss Charlotte’s behavior, so she’ll need both Nina and Lulu on hand for this. There’s bound to be some conflict at their meeting later this week. 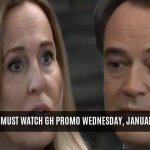 Speaking of meetings, Alexis Davis (Nancy Lee Grahn) will call for one at GH. “General Hospital” spoilers say Monica Quartermaine (Leslie Charleson), Laura Webber (Genie Francis) and Scott Baldwin (Kin Shriner) will all attend. They’ll be eager to hear what’s in Gail Baldwin’s last will and testament. Alexis will bring up some surprising news during their conversation, so stay tuned.

Over with Sam McCall, she’s in for a shock as well. Something will catch Sam off guard at Shiloh Archer’s (Coby Ryan McLaughlin) weird seminar. Shiloh will ask if anyone would like to share a painful memory, so that could tie in with Sam being taken aback. Daisy (Kelsey Wang), Kristina Corinthos-Davis (Lexi Ainsworth) or even Shiloh himself might have a revelation that leaves Sam’s jaw dropping.

Across town, Drew Cain (Billy Miller) will get a warning from Jason Morgan (Steve Burton). Shiloh is obviously trouble, so Jason will fill Drew in on some new details and offer words of caution. These brothers will also mull over Oscar Nero’s (Garren Stitt) imminent death and how Josslyn Jacks (Eden McCoy) is coping. Drew and Jason will just hope the teens can find peace in these final weeks.

Josslyn and Oscar are certainly trying! They’ve agreed to cross as many items off Oscar’s bucket list as they can. After Cameron Webber (William Lipton) bumps into Joss and Oscar, he’ll wonder what’s going on. They’ll reveal that they’re planning their future. It may be short-term, but that doesn’t mean they can’t cram a whole lot of living into it.

“General Hospital” fans can expect some fantastic scenes on Thursday. We’ll give you updates as other details and rumors emerge. Stick with ABC’s GH and don’t forget to check Soap Opera Spy often for the latest “General Hospital” spoilers, rumors, updates and news.

Days of Our Lives Spoilers Thursday, January 17: Eli and Lani’s Shocking Discovery – Xander Off the Hook – Stefan and Gabi’s Showdown