General Hospital Spoilers: The Secret Lulu Knows Could Destroy A Family, But Will She Tell? 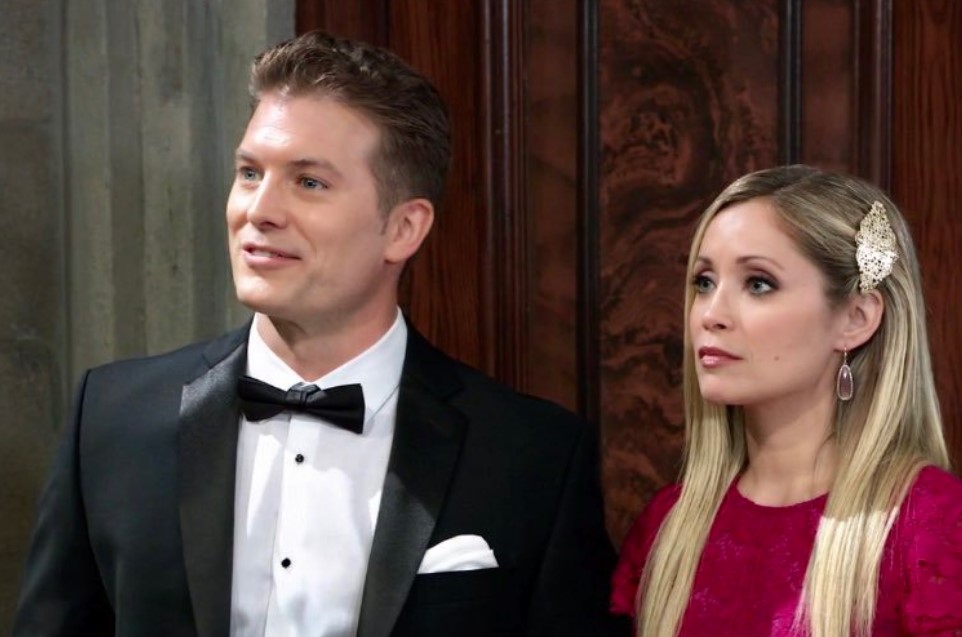 General Hospital (GH) spoilers tease that Lulu Spencer (Emme Rylan) has a secret – and the secret she knows could destroy a family, including her own daughter Charlotte Cassadine (Scarlett Fernandez)! Will she tell?

Technically, Lulu was invited so she is not a wedding crasher, although what she might do will potentially crash the wedding and the marriage in another manner of speaking. In fact, it could destroy a family, including her own daughter! In the General Hospital weekly promo video, “Wedding Crasher” we see a repeat of the episode when Lulu was in the ladies’ room in a stall at the Floating Rib while Liesl Obrecht (Kathleen Gati) and Sasha Gilmore (Sofia Mattsson) were in there discussing the secret that Sasha is not really Nina Reeves’ (Cynthia Watros) daughter and that her fiancé Valentin Cassadine (James Patrick Stuart) knows it, and indeed, set up the fraud to deceive Nina!

But exposing the secret might do more harm than it does good; and “ready, fire, aim Lulu” doesn’t look far enough ahead to not understand that even her own daughter could be destroyed over self-righteously wanting to expose the fraud (and probably get a scoop for The Invader – although her BOSS, Peter August (Wes Ramsey) might object; he’s Valentin’s best man!)

Outside the church, Lulu approaches the bride’s side of the wedding party, meaning Nina, Liesl, Sasha, and Lulu’s best friend Maxie Jones (Kirsten Storms). Lulu is insistent upon delivering her dire warning to Nina, in spite of Nina herself even trying to shut her down, saying this is not the time!

But Lulu strenuously objects, saying if she doesn’t do this right now, it will be too late; meaning she will not have stopped Nina from marrying Valentin, for Nina’s own good! The ladies, sans Lulu, move on into the church as it’s time to start the wedding.

Tamara Braun gets a new gig, see the details below.
#GH #GeneralHospital https://t.co/vvnXpRkaLj

Lulu is adamant that she HAS to stop this wedding from happening, and expose Sasha as a fraud, and implicate Valentin in the scam! She is practically bursting at the seams with self-righteousness and downright proud of herself for her ability to ruin a whole family’s life although she doesn’t see it that way.

How does she know that Valentin and Sasha are conspiring to take Nina’s money and do away with Nina, as Lulu’s overactive imagination may be thinking, and how can Lulu be so ignorant as to think that her best friend Maxie and even Liesl could approve of this marriage if they really had the assumptions that Lulu appears to be acting on?

Even if Lulu is not thinking Valentin and Sasha have evil intentions towards Nina, as far as she’s concerned a lie is a lie and MUST be exposed! Will she tell? Stay tuned to General Hospital and keep checking GH spoilers frequently for all the latest news, updates and developments!

The Bold And The Beautiful Spoilers: Thomas Rejoices as Ridge and Brooke Drift Further Apart– Will Bridge Work Things Out?