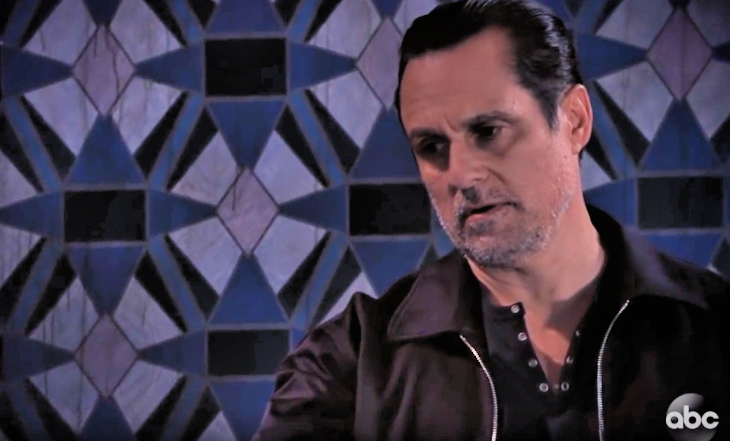 General Hospital spoilers tease that Sonny Corinthos (Maurice Benard) puts his life on the line in a standoff with Raj Patel (Noshir Dalal) and two of his goons. Wearing military gear, he will also face off with his own son Dante Falconeri (Dominic Zamprogna) this week on General Hospital.

Dante apparently has worked his way into Patel’s organization as a double agent would or an undercover detective playing a role. It’s like setting up a drug deal in order to catch a drug dealer with the goods.

It’s really not a concept Dante would be unfamiliar with, although the difference is that he has no backup to call. In order to save the case, he cannot blow his cover.

Raj can’t think that Dante has any cops or in this case, the WSB involved, or he could get killed. Sonny chose to go, rogue, as it is now apparent Dante has also, in order to bring Dante home. He left Robert Scorpio (Tristan Rogers) behind last week and went on his own to track down Raj, with the endgame being Dante. 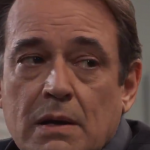 General Hospital Spoilers: Kevin Has Some Of Ryan’s Memories, Could He Have Another Psychotic Break

General Hospital viewers should understand that the problem Dante has now, is he has to choose between his father’s life and blowing his cover, which could get both him and Sonny killed. Raj and his two “soldiers” had overpowered Sonny and taken his gun. When Dante came in the room, Raj gave Dante the gun and emptied it down to one bullet and ordered Dante to kill his father!

Oh, could Sonny ever use Jason Morgan (Steve Burton) right about now? But unfortunately, right now Jason’s busy keeping an eye on things back home. With two goons with guns and Raj, two against three with guns and Dante with only one bullet in one gun and Sonny with no gun, it wouldn’t work to try to take them down. They are just too unevenly matched.

Dante may not shoot to kill. But if he doesn’t, then Raj may decide he’s not all in with him like he thought he was. That’s not going to be good for Dante nor Sonny either.

Exciting times lie ahead for Dante and Sonny; keep watching GH and checking General Hospital spoilers frequently to see how father and son get out from between this rock and a hard place!