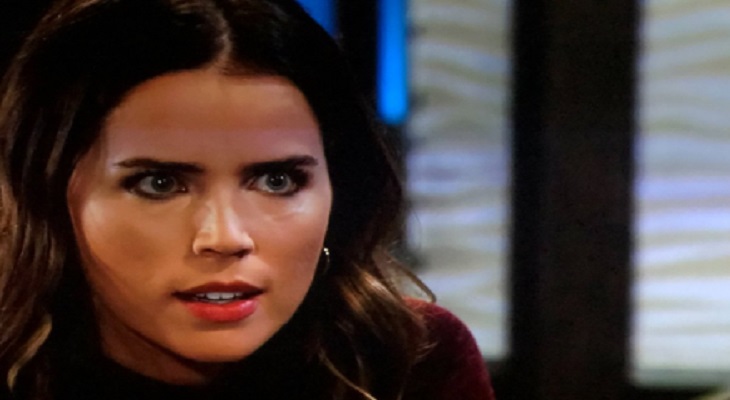 General Hospital spoilers indicate that actress Sofia Mattsson is returning to Port Charles to reprise her role as Sasha Gilmore. The last time viewers saw her was late last year. Here’s what you need to know.

Sasha Gilmore was first introduced back in September when Curtis met with the young woman to inform her that she might be the daughter of a friend that was taken away from her and put up for adoption.

At first, Sasha didn’t believe that she was adopted. That’s because she was often told about her birth story during a snowstorm many times in her life. Regardless of this, she agreed to do a DNA test just to prove Curtis wrong.

After the second DNA test came back positive, Nina had a huge decision to make. She wanted to reach out to the daughter she thought she never had, but was just too terrified to do it. Sasha was also very hesitant and put up a wall in front of Nina. Nonetheless, Nina pleaded with the young girl and begged for a chance to get to know her.

It turns out that Sasha isn’t the sweet woman everyone things she is. As a matter of fact, she’s quite a trouble maker. Valentin had paid her to lie about her being Nina’s daughter. The guilt over what happened – along with Kiki Jerome’s murder – made her leave Port Charles.

It will be very interesting to see how everyone is going to react when they see that Sasha is back in Port Charles. There’s a strong possibility that she might expose Valentin’s deed. Of course, fans will have to tune in to find out what happens next.

In the meantime, let us know what you think by leaving us a line with your thoughts in our comments section below. General Hospital airs weekdays on the ABC network. And as always, come back to Soap Opera Spy for all the latest news, updates and spoilers on General Hospital and all of your favorite daytime television shows right here!