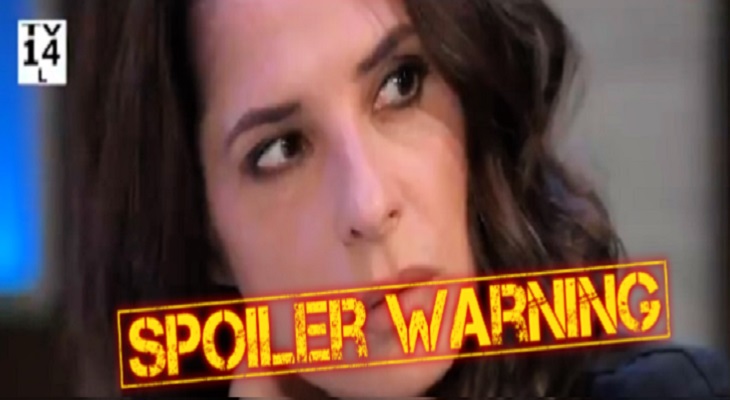 “General Hospital” spoilers for Monday, February 4, tease that Harrison Chase (Josh Swickard) will face Ava Jerome’s (Maura West) fury. He might as well join the club! Ava’s been lashing out at just about everybody lately, especially the people she believes are standing in the way of justice. She’ll confront Chase at GH and demand to know what he’s doing to find the monster who killed her daughter.

Chase will understand that Ava’s in pain, but the cops are doing everything they can. They’re following the wrong leads, but at least they’re trying! In Lulu Falconeri’s (Emme Rylan) room, she’ll assure Jordan Ashford (Briana Nicole Henry) that she’s all in on this hypnosis idea. If it helps Lulu remember who the killer is, she can’t pass up the opportunity.

Over with Sonny Corinthos (Maurice Benard), he’ll ask Anna Devane (Finola Hughes) for a favor. Perhaps this involves using Anna’s WSB connections to locate Dante Falconeri (Dominic Zamprogna). Sonny will realize that Dante would want to be home for Lulu’s sake, so he’ll probably want any assistance Anna can give. 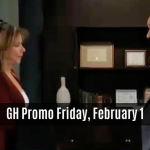 Other “General Hospital” spoilers say Sam McCall (Kelly Monaco) will put her plan in motion. She’s hoping to dupe Shiloh Archer (Coby Ryan McLaughlin) into thinking she’s brokenhearted and lost. Sam will sport a glum look as she shares her sob story. It won’t be long until Shiloh’s offering himself as Sam’s savior. He’ll insist that Dawn of Day could help Sam if she’d just give it a chance.

Kristina Corinthos-Davis (Lexi Ainsworth) will certainly hope Sam does that as well. She’ll hear from Jason Morgan (Steve Burton) in Monday’s episode and weigh in on Sam’s struggles, which are all for show. Kristina will think Sam’s doing exactly what she should be doing. She’ll feel like it’s good that Sam’s taking time for herself and finding a better path to head down.

Naturally, Kristina will hope Sam’s new path can be found at DOD. She’s their new ambassador, so she’s eager to recruit as many people as she can. Kristina will be especially interested in helping Sam since they’re sisters. She truly believes Dawn of Day is some revolutionary organization, so she’ll do what she can to get Sam on board. That won’t be hard since Sam’s plotting against Shiloh!

Lulu’s struggling to remember what happened to her, West Coast. What will it take to regain her memory? @EmmeRylan
A scary, new #GH STARTS NOW on ABC! #GH55 pic.twitter.com/UzAWNYlTAW

Back at GH, Franco Baldwin (Roger Howarth) will sit down for a session with “Dr. Kevin Collins” aka Ryan Chamberlain (Jon Lindstrom). “Kevin” will argue that Franco needs to do something quite painful. He’ll convince him to dig deep inside his mind and revisit the horrors of his past. It obviously won’t be an easy experience for Franco. He’ll find himself in a dark place, which is exactly where Ryan wants him.