General Hospital Spoilers: Sam Rattled, People From The Past Contacting Her And Drew – Are They Connected? 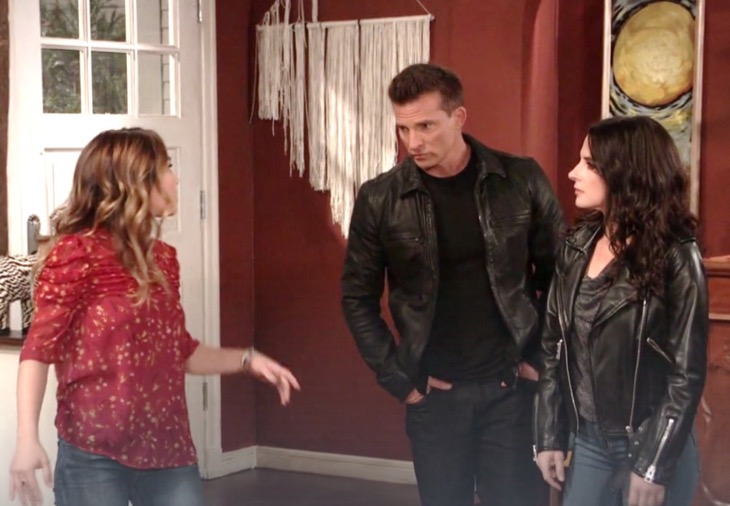 General Hospital spoilers tease that Sam McCall (Kelly Monaco) is rattled and unnerved! It takes a lot to make Sam scared or nervous, but too many people from the past are coming out of the woodwork to contact too many people in her world! First, someone using an old alias of hers contacts her about an old scam she pulled, sending her an obituary for the husband she scammed out of his money.

Now someone from Drew Cain’s (Billy Miller) past (supposedly) has contacted him, and on top of everything else, the person from Drew’s past shows up as “Shiloh”, the leader of the cult that her sister Kristina Corinthos-Davis (Lexi Ainsworth) just moved in with! She may start to wonder if this is all connected!

As General Hospital viewers are finding out, yes, this very well may be all connected; first Daisy (Kelsey Wang) shows up volunteering at the same Alzheimer’s care facility where Yvonne Marcus (Janet Hubert) is staying, and who Sam tracked down as the “subscriber” to the Galena, IL newspaper that Leland Powell’s obituary was from.

Then Hank shows up as Shiloh, the leader of the Day of the Dawn cult! Drew is Oscar Nero’s father (Garren Stitt) who was also staying at the cult house! Those are an awful lot of coincidences not to be all connected but connected to what, and more importantly, why? What is the end game here?

Daisy and Hank/Shiloh, of course, are connected through Day of the Dawn. Kristina and Sam are connected as half-sisters, but no one from the cult has tried to reach out to Molly Lansing-Davis (Haley Pullos), that we know of. Kristina is also related to Mike Corbin (Max Gail) who goes for Alzheimer’s daycare at the Turning Woods Facility, where Daisy volunteers.

Sam is connected to both Drew and Jason as an ex-wife, and Drew is Oscar’s birth father which makes Jason his uncle. Is the end game merely to recruit families into the cult, or is there a deeper, much more evil agenda hidden here? Stay tuned to GH and keep watching General Hospital spoilers frequently to see how this mysterious storyline develops!

Young and the Restless Sharon Case Back To Work Reveals, ‘Good Things Happening In 2019!’