General Hospital Spoilers: Sam Has A Surprise For Jason – A New Baby? 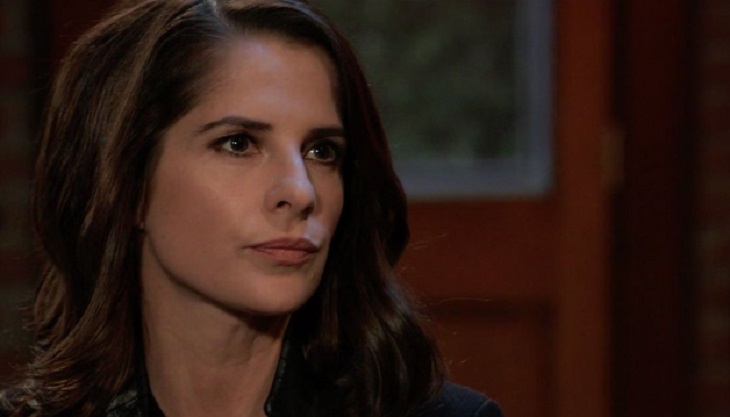 General Hospital Spoilers – Is It Time For A New Baby?

General Hospital viewers will recall that the last time Sam found herself pregnant, with Drew Cain’s (Billy Miller) baby Emily “Scout” Cain (Ella Ramacieri) it was a surprise! Emily was conceived when Drew, then thinking along with everyone else, he was Jason, Sam, and others including Dr. Kevin Collins (Jon Lindstrom) and Laura Webber Collins (Genie Francis) were on the trail of Nikolas Cassadine (at that time Nick Stabile)!

General Hospital viewers will also recall this is where Valentin Cassadine (James Patrick Stuart) first showed up with an alias, as a fisherman named Theo Hart.

The last several months since Jason and Sam reunited formally have been full of putting out Shiloh Archer (Coby Ryan McLaughlin) fires, and having to keep their relationship on the down-low while she was working her Shiloh sting. Since their times together, and particularly their intimate times together have seemed to be sporadic over the last several months, it would surprise no General Hospital viewer if Sam’s surprise for Jason happened to be an unplanned pregnancy!

Considering their son Danny Morgan (Porter Fasullo) was conceived during their Hawaiian honeymoon in their first marriage, it would seem that Sam NEVER plans her pregnancies! So, while it would be no surprise if Sam has another unplanned pregnancy, it will be a surprise to both Jason and Sam!

While Jason and Sam have both gotten themselves into dangerous situations with the Shiloh sting, Jason is no longer having so many dealings with organized crime, Sonny Corinthos (Maurice Benard) staying away from it as well.

Sonny’s always going to have a dangerous life, probably still having some mob activities going on in the background of his coffee importing business, but he also has a coffee shop and Volvonino’s Gym, and hasn’t had dealings with the Five Families for several years; so while Jason is still at the ready as Sonny’s enforcer if need be, he hasn’t had to kill any of Sonny’s enemies in a long, long time.

Jason was a fatherly uncle to his new nephew Oscar Nero Quartermaine (Garren Lake Stitt) when he was alive, and even agreed to be the executor of his will, something that the “old Jason” of Sonny’s mob enforcer days probably would never have done.

General Hospital fans have seen Jason playing with toys and helping Danny build things, been concerned about his other son Jake Webber (Hudson West) living with Franco Baldwin (Roger Howarth), although recently he has seemed to make peace with Franco, and it may be a good time for Jason to be a new daddy again, either planned or unplanned!